The Torah allows ritual sacrifices to be brought from only three families of animals: ovine (sheep), bovine (cows), and caprine (goats).

There are two English words for a female bovine: A heifer is a young female bovine, especially one that had not yet given birth to a calf, while a cow is a mature female that has already given birth and therefore produces milk. (Colloquially, of course, “cow” is used to refer to any bovine animal.)

Rabbi Eliezer HaKalir in a piyut for the second day of Pesach uses five Hebrew words for ox: “par,” “shor,” “egel,” “aleph,” and “bakar.” (Peirush HaRokeach and Rabbeinu Efrayim write that the Bible alludes to these five names by requiring a thief who steals cattle and slaughters/sells it to pay the owner five times its value.)

In Hebrew, an egel is a male calf, while an eglah is a female calf. Calves are immature bovines that rely on their mother’s milk to survive and grow. Rabbi Zalman Hanau (1687-1746) in Tzohar HaTeivah writes that “egel“ is derived from “igul“ (circle) as young calves tend to be round and pudgy.

The classical words for bovines in Hebrew are “parah“ for a female and “par“ for a male. Rabbi Shlomo Pappenheim of Breslau (1740-1814) maintains that these two words are derivatives of the root peh-reish. In Rabbi Pappenheim’s opinion, this root means “breaking something down into smaller components.”

Different words with this root include “perurim“ (crumbs), “efer“ (ash), “parur“ (a special pot for cooking crumbs or other small grains), “pri“ (fruit, which is a microcosm of the tree it falls off), “pe’er“/”tiferet“ (a form of all-encompassing beauty that breaks down into multiple aspects), “hafarah“ (the act of disintegrating or nullifying a vow), and “primah“ (the act of tearing clothing into multiple shreds).

Rabbi Pappenheim writes that “pri“ denotes the act of reproduction or procreation. A par is associated with reproduction because it is fertile (unlike the castrated shor). A female parah (cow or heifer) is used for its maternal properties – breeding calves or producing milk.

The Mishnah (Parah 1:1) records a dispute between Rabbi Eliezer and the Sages regarding the age that sets apart an eglah (female calf) from a parah. Rabbi Eliezer maintains that a calf is an eglah until it has finished its first year; from then on it is called a parah. The Sages, on the other hand, maintain that it is only called a parah after its second year.

Rashi (to Psalms 69:32, Chullin 60a, and Avodah Zarah 8a) writes that a shor can already be called so from the day it is born (see Leviticus 22:27), while a par only assumes that name later.

According to Rabbi Pappenheim, the root of “shor“ is shin-reish and is borrowed from “shar“/”sharir“ (see Ezekiel 16:4, Proverbs 3:8, and Job 40:16), which means “umbilical cord.” Just as an umbilical cord gives an unborn baby strength through its stomach, a shor contains the core of its energies and strength in its stomach.

While many presume that “shor“ must mean a castrated bull (i.e., an ox), others beg to differ. Rabbi Yonah Merzbach (1900-1980) argues that “shor“ in the Torah cannot refer to a castrated bull because it is forbidden to castrate an animal. The Radak (to Psalms 69:32) writes that a shor is “big” and a par is “small,” although it is unclear if he means big in terms of age or physical build.

Rabbi Pappenheim connects “aleph“ to the root lammed-peh, which denotes a stronghold. A “chieftain” (i.e., the alpha-male), who has a strong hold over his people, is called an aluf, and the number of people one needs to control to gain this title is 1,000 (elef). An aleph is thus the strongest type of ox.

The word bakar refers to a collection of bovines, and is translated into English as “cattle.” The Radak in Sefer HaShorashim explains that the basic meaning of bet-kuf-reish is “investigation,” “seeking,” and “probing.” “Boker“ (morning) is derived from this root because it is the time when light appears and one can begin probing and discerning. The term bikur cholim is usually translated as “visiting the sick,” but it entails finding out what sort of state the ill person is in and what can be done to help him.

In this spirit, Rabbi Lt. Col. Yehoshua (Jeremy) Steinberg of the Veromemanu Foundation explains that “bakar” means domesticated cattle because these animals require attention and defense from marauders, which is the job of a boker/voker (cowboy – see Amos 7:14), who must also seek out greener pastures for his cattle.

Some have claimed that the English slang word buckaroo (cowboy) is derived from “boker“/”voker,” but most linguists argue that buckaroo is actually derived from the Spanish vaquero which, in turn, comes from vaca (cow). 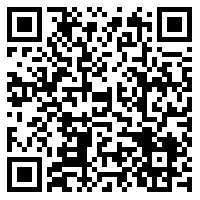