On Lag B’Omer, Jews all over the world celebrated the hillula of the Rashbi. “Rashbi,” of course, is an acronym for “Rabbi Shimon bar Yochai.” Or, is it “Rabbi Shimon ben Yochai”? Both “ben” (Hebrew) and “bar” (Aramaic) mean son, but why do we sometimes use the former and sometimes the latter?

“Bar,” in addition to meaning son, also means outside or separate. For example, a “baraita” is a Tannaic teaching “outside” the Mishnah. Since “bar” has more than one meaning, it should not be used in a get, writes Rabbi Yaakov Margolis of Regensburg (1430-1501) in his Seder HaGet. The get, which must be as clear as possible, should refer to the divorcer as “so-and-so ben so-and-so,” not “so-and-so bar so-and-so.”

The Maharshal (1510-1573) supports Rabbi Margolis’ ruling but for a different reason. He writes that although nobody would think “bar” means “outside” in this context, it might be misconstrued as an acronym for “ben Reb,” and we customarily refrain from using honorifics in gittin.

Rabbi Shlomo Pappenheim of Breslau (1740-1814) traces both “ben” and “bar” to their respective two-letter roots. He explains that the root bet-nun refers to “building” and “producing.” A ben is “produced” as a result of its parents’ marriage. Other related words include “binyan” (building), “even” (a building stone), “teven” (straw), and “avnayim” (a birthing chair). He writes that “binah” and “tevunah” (understanding) are also elated to this root as they are “products” of contemplation and thought.

Rabbi Pappenheim maintains that “bat” (daughter) is also derived from the root bet-nun and should really be spelled “banat” (like it is in other Semitic languages). However, the nun is generally dropped, rendering the actual word “bat.” That nun returns in the plural form “banot” (daughters).

As for “bar,” Rabbi Pappenheim explains that the two-letter root bet-reish means exclusion or separation. Hence “bahr” (grains that have been separated from the chaff), “bor”/“borit” (a cleaning agent used to separate and exclude filth), “bari” (a sort of certainty), and “bar minan” (except from us). Rabbi Pappenheim explains that “bar” means a son because a son is separated from his mother at childbirth.

We refer to a 12-year-old girl as a bat mitzvah (even though we use the Aramaic “bar” to refer to a 13-year-old boy) because “bat” can also be used in Aramaic (as Rabbi Eliyahu HaBachur writes in Meturgaman). In fact, although the formal Aramaic word for “daughter” is barat, the Targumim tend to leave the Hebrew word “bat” untranslated in Chumash.

Why, though, do we use the Aramaic “bar” to refer to a 13-year-old boy (bar mitzvah instead of ben mitzvah)? I have come up with three answers after scouring different sources:

Rabbi David Ovadiah of Tiberias (a nephew of Rabbi Ovadiah Yosef) explains in the name of Rabbi Meir Simcha of Dvinsk (1843-1926) that the “bar” in “bar mitzvah” teaches us that the young man is now standing “outside” (one of the meanings of “bar”) – i.e., on the threshold of adult life. At this fateful juncture, he can choose the correct path or the incorrect path.

Rabbi Meir Mintzberg (son-in-law of the late Rabbi Leib Mintzberg, the spiritual leader of the Jerusalemite “Masmidim” movement) takes a different approach. Like Rabbi Pappenheim, he explains that “ben” is related to “building” and “producing” (a son is the product of his parents’ building and nurturing). “Bar,” on the other hand, has the opposite connotation: It implies that the son is independent (“separated” or “excluded”). It is thus an appropriate word for the bar mitzvah boy because it indicates that his personal growth is no longer in his parents’ hands; it is now his own responsibility. 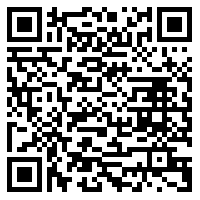