Every year, on the Shabbat preceding Yom Kippur, we read the prophet Hoshea’s famous words: “Return O Israel until Hashem, your G-d” (Hosea 14:2).

Rabbi Shlomo Pappenheim of Breslau (1740-1814) writes that the two-letter root shin-bet – which is the core of the words “shuv,” “shuvah,” and “teshuvah – denotes returning to a prior place or situation. Other words with this root include “hashavah” (returning a lost item [Deuteronomy 22:1] or stolen goods [Leviticus 5:23]); “lehashiv” (to answer); and “shev“/”yeshivah” (dwelling) because by settling in a given place, a person creates a home base to which he will always return.

Rabbi Pappenheim notes that this root can also refer to reverting to a natural state – even if a person has never previously been in that state. Hence “shabbat” (rest), which denotes returning to one’s natural state of rest, and the associated words of “lashevet“ (to sit), which is a state of rest, and “shvuyah” (captive), whose freedom of movement has been curtailed by captors (he is now stuck in a position of rest).

When Avraham’s servant was charged with finding a wife for Yitzchak in Haran – Avraham’s homeland – he asked his master what he should do if a suitable girl did not agree to accompany him back home: “Should I return (he’hashiv ashiv) your son to the land from which you left?” (Genesis 24:5). Although Yitzchak had never been in Haran, he could still “return” there since it was his father’s homeland and thus by extension was his “natural place.”

The Talmud (Berachos 29a) explains that “the righteous man who returns from his righteousness” is a person who had been a sinner, repented, and then returned to sinning. However, the Talmud does not explain that “the wicked man who returns from his wickedness” is a person who was at first righteous, then became evil, and then returned to his former righteousness. Apparently, the wicked man of the verse was always wicked. If so, though, how can he be deemed a “returnee”? What did he return to?

The answer is that righteousness is man’s natural state; sinfulness, in contrast, is considered unnatural. Therefore, a wicked person who repents is viewed as “returning” to his natural state. Yet, the converse is not true: when a righteous person recants his righteousness and becomes a sinner, he cannot justifiably be said to be “returning” to anything unless, as the Talmud explains, he had previously been a sinner.

So the word “teshuvah” means returning to one’s spiritual default position. It is a quest for peace and tranquility, a return to one’s roots. Moreover, doing teshuvah – which requires harnessing the power of regret as fuel for personal growth – enables one to revisit the past and recast former sins as merits. When doing teshuvah, one goes back to previous deeds to make amends.

Another word for return is “chazarah.” Interestingly, neither this word nor its verb cognates appear anywhere in the Bible. They are Mishnaic Hebrew words, which variously mean to regret, recant, retract, repeat, return, or repent.

(The closest word to “chazarah“ in the Bible is “chazir” [pig]. R. Menachem Ricanati [to Leviticus 11:2] writes that the pig is called “chazir“ because in the future G-d will “return” to us the right to eat it. In this way, our relationship with the pig will, after a fashion, “reverse course.” [Rabbeinu Bachaya and Rabbi David Ibn Zimra write that these words should not be taken literally.] Ibn Kapsi explains that the pig is called a chazir because it commonly turn around backwards to aimlessly walk in circles.)

Rabbi Eliyahu HaBachur (1469-1549) notes that the Targumim generally translate the Hebrew word “sivuv” (“go around” or “circumnavigate”) with the Aramaic/Syriac word “chazar” and related cognates. So “shuvah“ focusing on getting back to where one used to be while “chazarah“ focuses on making a U-turn.

The Aramaic equivalent of “shuv“ is “tuv,” with the Hebrew shin morphing into the Aramaic tav, which is quite common, and the Babylonian Aramaic equivalent of “chazar” is “hadar,” as the Hebrew chet and Aramaic hey are interchangeable, as are the Hebrew zayin and Aramaic dalet. Rabbi Aharon Marcus (1843-1916) notes that many words with the two-letter strings dalet-reish or zayin-reish are related to the concept of “circumscribing” or going “around” something.

When one completes an order of the Mishnah or Talmud tractate, one customarily says, “Hadran alach – Our hadar is upon you” and “Hadrach alan – Your hadar is upon us.” The meaning of “hadar” in this context is unclear. The common explanation is that it refers to the obligation to “return to” or “review” the materials studied. However, Rabbi Chaim of Friedburg (1520–1588) – the oldest brother of the Maharal of Prague (1525-1609) – writes in Sefer HaChaim that it recalls the glory (“hadar” also means glory) of the Jewish People, which depends on their devotion to studying the Oral Torah.

Rabbi Yehudah Shaviv (1941-2018) explains that Rashi understands the verb “mehader” in this context to mean chasing after (“returning to”) the opportunity to fulfill commandments. Maimonides, on the other hand, understands it to mean glorifying (“hadar“) the commandments.

Rabbi Shmuel David Luzzatto (1800-1865) writes that the two meanings of “hadar” are actually related since one who beholds something in its full glory is taken aback by its grandeur and reflexively recoils in awe.

May we all recoil in awe of G-d and return to the good graces of the One who sent our souls to this world. 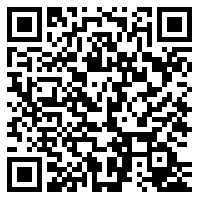