The Gemara in Megillah teaches us that Esther requested, “Affix me for all generations.” In other words, “Please write my story for posterity.” This is a very strange request. We know that a common denominator of all our great ones is that they shared a strong sense of humility, as the verse states, “Besides humility, there is fear of G-d.” Therefore, just like all of our leaders were G-d-fearing, they were very humble as well. That being the case, it seems quite puzzling that Esther would openly express a desire that she should be recorded publicly. Why this desire to have her name “up in lights” for all to read throughout the generations?

We can be certain that it was not a quest for fame that motivated Esther HaMalka. One explanation of Esther’s desire for the account of Purim to be included in the Scriptures is that she recognized the timeless lessons of the story of Purim. Thus, the lessons of giving and sharing that we learn from the mitzvos of mishloach manos and matanos le’evyonim are of everlasting importance. So, too, the message of Jewish pride and the emphasis on the supremacy of learning and mitzvos that are expressed so vividly and eloquently in the verse, “The Jews had light and gladness and joy and honor.”


This verse is homiletically interpreted to mean that the Jews recognized the paramount light of the Torah, the true joy of the Festivals, the rejoicing of the mitzvah of milah, and the preciousness of the commandment of tefillin.

But, there is another reason Esther petitioned to have her story revealed to all. We must realize that Esther had to live a life that was the antithesis of the ambition of any good Bais Yaakov girl. The Yad Hashem forced her to do the unthinkable – to marry a gentile and to live with him publicly for many, many years, and to bear him a child, Darius, who would become the next emperor of Persia. Esther was concerned that history should know the true story – that she was propelled by Divine forces to be the instrument to save Klal Yisroel. She wanted that there should be woven into the words of the Megillah the true account of how she never succumbed to Achashveirosh willingly (cf. “Vatilokach Esther,” which means that she was coerced to go in to Achashveirosh). And indeed, Hashem acquiesced to Esther’s desire, as the Gemara says, “The Megillah of Esther was truly Divinely inspired,” and as we know, it has been included among the 24 books of TaNa”CH.

This can also be the deeper meaning of the Gemara in Chullin (39b), “Esther min HaTorah minayin?” which, on the simple level, is taken to mean, “Where do we find a Scriptural reference to Esther in the Torah?” However, now we can add another meaning to this question. How do we know that Esther’s behavior was biblically correct? And thus the Gemara answers with the biblical verse, “I will conceal My presence (says Hashem).” (The words haster and aster in the verse are etymologically similar to Esther.) This is taken as a reference to the era of Mordechai and Esther, when the Divine hand seemed to be concealed and Haman and his cohorts almost succeeded in their nefarious plot to annihilate the Jewish people. This is why Hashem’s name is not mentioned even once in the entire Megillah.

In his Toras Chemed, Rav Michoel Ber Weismandel, zt”l, writes the most amazing biblical source for Esther. He reveals that there are 12,110 letters in Megillas Esther. Then he says that if you count 12,110 from the first alef in the Torah, found in the word Bereishis, you come to a samech. Then, if you count another 12,110 letters, you arrive at the letter tof. Continuing again 12,110 more letters from the tof, one arrives incredibly at a reish – spelling the word Esther. [What is also fantastic is the fact the he calculated this before the computer came into existence.] Is it any wonder that the Gemara tells us that the Sages were called counters, for they calculated such incredible revelations such as this one? Now we can also more easily understand why, if a sefer Torah is missing just one letter, the whole Torah is posul, rendered unfit, for it throws off myriads of such sequential calculations.

May it be the will of Hashem that in the merit of Mordechai and Esther, Hashem protect Klal Yisroel from all dangers, sickness, and woes, and may we all be zoche to long life good health, happiness and everything wonderful. 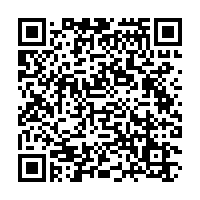