Hundreds of Hasidic Jews on Thursday attended the wedding of the grandson of the Toldos Avrohom Yitzchok Rebbe in Bnei Brak, where this mitzvah dance was performed.

The mitzvah tantz (mitzvah-dance) is the Hasidic custom of the men dancing with the bride on her wedding night, after the wedding feast. The bride stands perfectly still, holding one end of a long sash while rabbis, the groom’s father, her own father or her grandfather holds the other end and dances with her.

They said of R. Judah b. Ila’i that he used to take a myrtle twig and dance before the bride and say: “Beautiful and graceful bride.” R. Shmuel the son of R. Isaac danced with three twigs. R. Zera said: The old man is putting us to shame. When he died, a pillar of fire came between him (R. Judah b. Ila’i) and the rest of the world. And there is a tradition that a pillar of fire has made such a separation only for one in a generation or for two in a generation. R. Zera said: His twig benefited the old man, and other said: His habit benefited the old man, and some say: his folly benefited] the old man (the gemorah is playing on the words for twig, foolishness and method). R. Aha took her (the bride) on his shoulder and danced with her. The Rabbis said to him: May we also do it? He said to them: If she is on you like a beam (meaning you are not enticed by her), then it is all right, but if not, you shouldn’t.

During the mitzvah tantz, the bride and her relatives are brought into the men’s section without a mechitza separation. In fact, often the mechitza is removed altogether, and all the women present share the same space with the men on the other side.

Some Orthodox groups are uncomfortable with this custom. 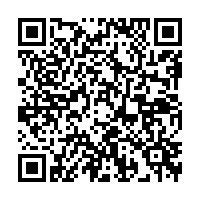