After zigging and zagging a bit, trying to find that elusive, imaginary center, Avigdor Liberman and his Yisrael Beiteynu party have returned to its roots and the campaign platform they has always run on – border modifications for peace – and that’s the message on his campaign posters.

Liberman’s plan is not to move people, but to move borders and citizenship.


He wants the Israeli-Arab residents who identify themselves as “Palestinians” and the land they live on to officially become part of “Palestine”, and no longer Israel. While settlements will be officially annexed into Israel.

No one physically moves, no one is physically transferred, but their official identities match their stated ideological ones.

But for some strange reason, most Israeli-Arabs, for instance of Um el-Fahm, who identify themselves as “Palestinians” don’t want to give their Israeli citizenship and have their homes annexed into “Palestine”. 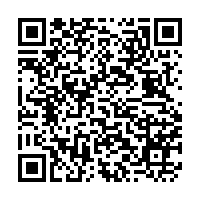