The IDF has destroyed “the remains” of a terrorist tunnel that led from Gaza into southern Israel, apparently discovered during last summer’s Operation Protective Edge.

The tunnel “penetrated into Israel from the Gaza Strip,” the IDF Spokesperson revealed this morning, Feb. 9 in a statement sent by SMS to media. “During the activity, forces discovered a cache of weapons and explosives,” the statement continued.


This indicates — at least to this writer — that either the tunnel was not completely destroyed at the time it was discovered last summer, or more likely, it has since been rebuilt and re-activated by its terrorist builders. That is a very ominous sign.

However, the IDF remained on Israel’s side of the Gaza border, according to the statement. “The tunnel, which was exposed during Operation Protective Edge, was demolished in order to prevent its rehabilitation in order to safeguard the security of the civilians of southern Israel,” the IDF Spokesman added.

Clearly that was done last summer as well; upon their departure from Gaza, IDF commanders stated clearly that all tunnels had been completely disabled before leaving.

Are we feeling safe yet? Wait — we’re not finished.

Dr. Aaron Lerner, head of the Independent Media Review and Analysis watchdog group, had similar questions about the curt statement issued by the IDF – and the information obviously left out.

Lerner sent back a question asking whether the terror tunnel “may remain intact one meter within Gaza beyond the Israeli side?”

In reply, the IDF Spokesperson clarified: “We are only reporting about the tunnel on the Israeli side. If you want to know about tunnels on the Gaza side, ask in Gaza.”

So there you have it. Israel no longer sees to it that terror tunnels in Gaza are completely destroyed when they are discovered. Hamas has received the message that it is free to build whatever underground terrorist network that it likes, as long as it does not cross the border into Israel, even beneath the boundary.

Perhaps that’s got to do with the international community shaking its virtual finger at the Israeli government, with its “Nu Nu Nu.” All those warnings about how it is “absolutely essential” to move forward immediately with the “economic rehabilitation” of Gaza.

How lovely; more money for tunnels and better photo ops for Hamas with the “poor, forgotten refugees from the Gaza war.” 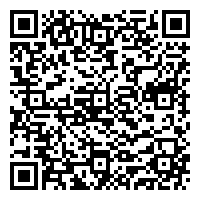