The Yamina party headed by Naftali Bennett will support a bill to dissolve the Knesset opposition leader Yair Lapid (Yesh Atid-Telem), who is expected to submit to a plenum vote this coming Wednesday. Yamina officials have told reporters that elements in Blue&White are excusing their own decision not to dissolve the Knesset with the claim that Yamina won’t support the bill anyway – which is the Gantz party’s attempt to hide their own capitulation to Netanyahu.

So let be clear, Yamina will vote in favor of any bill to dissolve the Knesset, the time of this evil government has come,” Bennett’s people are saying.


The polls have favored Bennett and the Yamina party, awarding the rightwing, National Religious party as many as 22 and 23 fictional seats in the imagined 24th Knesset – an unimaginably high figure for a party whose top performance ever was 12 seats, and that includes its original stint as the historic Mafdal (NRP). No one expects the real vote to be anywhere near 22 or 23 seats, but considering the fact that at the moment Yamina has only a scant 5 seats in the reality Knesset, can you blame them for dreaming big?

Disagreements have erupted in recent days among the Blue&White leadership over their continued participation in the so-called rotation government with Netanyahu. In their meeting Sunday night it appeared that Benny Gantz is willing to consider taking back the ultimatum issued by his party to the prime minister if no budget is proposed. Gantz insists on staying in the government, probably because he is the last remaining man in Israel who still believes he’ll end up becoming the next prime minister.

Blue&White leaders Foreign Minister Gabi Ashkenazi and Justice Minister Avi Nissenkorn support the dissolution of the Knesset and holding new elections soon because they see the value of their party declining with every passing day. Except that Gantz’s side sees the two ministers as costing the party its position in the public opinion polls.

MK Shlomo Karhi (Likud) on Monday morning submitted to the Knesset a bill to repeal the rotation government, which requires a 70-vote majority. Despite the fact that there’s no chance for the speaker to bring up his bill to a first plenum vote, Karhi insisted that “in the face of the Blue&White threats against Israeli citizens to usher in an election campaign during a pandemic, a better alternative must be put on the table for the benefit of the citizens of Israel.”

According to Karhi, “If Blue&White takes us to the polls, we expect Yamina to support this bill, otherwise, how would they explain to their constituents that they left Nissenkorn and Gantz for another six months in office when it was possible to repeal the rotation government law, dismiss them (Gantz et al) and prevent them from further harming the citizens of Israel.”

The Haredi factions are still aligned with the Likud, and MK Moshe Gafni (United Torah Judaism) told Kan 11 News that “Blue&White has to decide whether they want to go to the polls or they prefer that the government continue. I suggest they straighten up and not constantly create crises.” 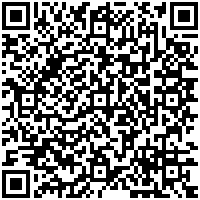