As the world watches and celebrates victorious Olympic athletes in Rio de Janeiro, Jews everywhere solemnly reflect on the murders of eleven Israeli athletes and coaches at the 1972 Olympics in Munich. During these solemn days around Tisha B’Av, the Munich Massacre is more than a reminder of our people’s long, painful history. We also remember our identity not as victims of our enemies, but as a holy Nation with a holy purpose in this world.

Professor Shaul P. Ladany was one of the few Israeli athletes who survived the gruesome “Black September” Massacre in Munich. He describes in full his experiences of this extraordinarily horrific attack on this week’s edition of “Conversations with Heroes.” Ladany is the only member of the Israeli Olympic team who survived both a Nazi concentration camp and the massacre of 1972 at the Olympics in Munich. He was also an officer in the Israeli Armed Forces, and on this program he will explain how that experience shaped decisions he made while evading the Black September terrorists.


Ladany’s legacy is more than his illustrious career as a world-record-setting racewalker and two-time Olympian; he also obtained an Ivy League education and became chairman and professor of Industrial Engineering at Ben Gurion University in Israel. He has authored over a dozen scholarly books and 110 scientific articles, and holds U.S. patents for eight mechanical designs. 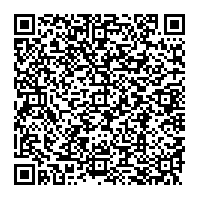