Abe Katsman, counsel to Republicans Overseas: Israel, is back in the studio with Heather to discuss the latest revelations, scandals and even the issues (remember those?) in the homestretch of a dizzying and exhausting presidential election. Katsman expertly weighs in on the FBI’s reviewing of newly discovered emails that could be linked to Hillary Clinton, as well as Donald Trump’s claims of a rigged election, voter fraud, and media bias against him. And how is the Trump campaign handling the allegations of several women who accuse him of inappropriate conduct? What’s in it for loyal campaign ally and former NYC Mayor, Rudolph Giuliani, who has stood by Trump throughout this roller-coaster election season? Katsman reflects on the issues and the candidates, and offers insights from his vast experience as a campaign insider.

Heather rounds out today’s show with a visit from frequent show contributor David Olesker, the founder and director of JCCAT: Jerusalem Center for Communication and Advocacy Training. Whether or not we’re in the midst of a contentious election year, Oleseker discusses one issue that won’t go away with the casting of a ballot: the so-called Israeli occupation by “settlers,” and “settlements.” Even though, as Olesker puts it: “Israel has a strong legal and historical claim to the so-called Territories,” Israel has already compromised on their status and is willing to discuss further concessions if it will promote the even greater value of peace.


David Olesker may be contacted via his website: jccat.org.

Judea and Samaria Jewish Leaders Pray for Trump in Hebron 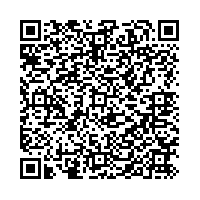