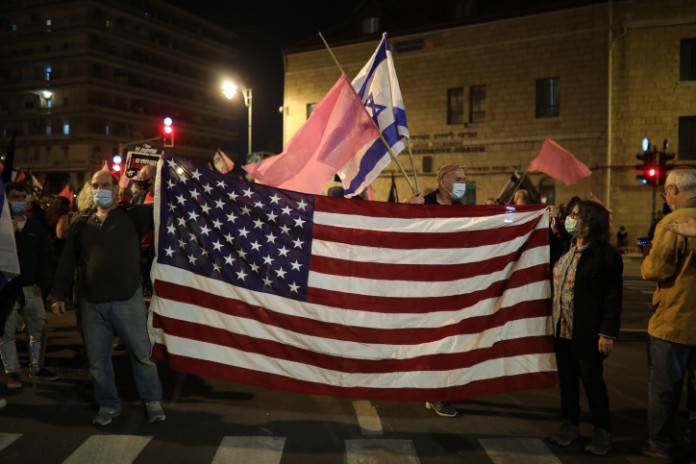 Jewish and Israel-related groups reacted to the projection by news outlets on Saturday that Joe Biden has defeated U.S. President Donald Trump and been elected the 46th U.S. president with Kamala Harris becoming the first female vice president in American history.


“In this historic election, Americans have chosen unity over division, decency over hate and science over fiction,” said Jewish Democratic Council of America executive director Halie Soifer in a statement. “We’ve chosen to restore the soul of our nation with President-elect Joe Biden and are incredibly proud that overwhelming support among Jewish Americans ensured his victory in critical swing states.

“This moment is made all the more poignant as Vice President-elect Kamala Harris, who has deep ties to the Jewish community, becomes the first woman and woman of color to serve in this role,” she continued.

In a statement, Democratic Majority for Israel’s political action committee, DMFI PAC, said “it’s clear that Americans have rejected the president’s divisiveness and bigotry in favor of the sound leadership of Joe Biden and Kamala Harris.”

“As senator and vice president, Joe Biden has proven he will fight for Democratic priorities like affordable health care, quality education, social justice, protecting the environment and for a strong U.S.-Israel relationship,” said DMFI PAC president and CEO Mark Mellman. “He and Kamala Harris are uniquely suited to turn the page from this dark chapter in American history and begin healing rifts at home and restoring America’s standing abroad.”

Mellman went on to say that Biden’s “electoral success also demonstrates that, despite the predictions of some, supporting a strong U.S.-Israel relationship is good politics as well as smart policy.”

DMFI PAC spent more than $5 million this election cycle in support of pro-Israel Democrats, including Biden, according to the organization.

J Street, which endorsed Biden, told JNS that the projected defeat of the sitting president “is a triumph for the American people, for American democracy and for the overwhelming majority of American Jews who mobilized to vote this bigoted, would-be authoritarian out of office This incredibly hateful and destructive presidency is coming to an end, despite the best efforts of Trump and his allies to suppress the vote and baselessly cast doubt on its legitimacy.”

On the other side, the Republican Jewish Coalition, like Trump, is not conceding at the moment and instead is urging patience.

“If one party in an election chooses to petition the courts to adjudicate the results and/or issues of fraud and electoral integrity, then the process should be allowed to continue. That is democracy and that is why the system was created,” RJC executive director Matt Brooks told JNS. “Just because a group of data folks at a decision desk ‘call’ a state, it doesn’t mean the election has been decided. Only a secretary of state can certify that.”

Sarah Stern, founder and president of the Endowment for Middle East Truth (EMET), told JNS that the “honeymoon between the United States and Israel might well be over.”

“There is no doubt that President Trump will forever be remembered as one of the most, if not the most, pro-Israel president that the United States has ever had,” she said. “The list of remarkable gifts he has given to Israel and the Jewish people has been as lengthy as it has been impressive.”

However, Stern cautioned those who say that a Biden administration would be catastrophic for Israel.

“Joe Biden is not anti-Israel, and he represents the moderate wing of the Democratic Party. We can expect more efforts to deal with the Palestinians for a two-state solution and more efforts to negotiate with Iran,” she said. “The road might not be as smooth as it was under Trump, but it is definitely not going to be a treacherous and lethal as some are predicting. The question is: Who will be his Cabinet members, and will he bow to the radical, progressive wing of the Democratic Party.”

Overall, while a Biden administration “might not be as overtly friendly to Israel as Trump was, they do have the long-term national security interests of both Israel and the United States at heart, and the two of those interests are indivisible,” said Stern.

“The record-high voter turnout and hard-fought campaign by both candidates and their respective parties is an inspiring testament to the strength of American democracy,” said American Jewish Committee CEO David Harris in a statement. “The United States is one country with one destiny. That vision, that reality, has been sorely tested as never before in an era of heightened polarization in American society, and amid the challenges of the coronavirus pandemic, its economic consequences and a decline of trust among some on various sides of the political spectrum in government institutions and practices.”

In a statement, the Jewish Federations of North America said “we pray that he will lead our nation with wisdom and discernment, and we pledge our support to building on the foundation of liberty that is the blessing of all Americans. We also congratulate Vice President-elect Kamala Harris on her historic victory. Her rise to the vice presidency is yet another indication of the ability of the United States of America to expand its pool of leadership.”

“AIPAC congratulates President-elect Joe Biden and Vice President-elect Kamala Harris on their election victory,” said the pro-Israel lobby in a statement. “We also congratulate the elected and re-elected senators and representatives—Democrats and Republicans alike—who will be joining an overwhelmingly pro-Israel Congress.”

“Despite the current profound political polarization, there remains a resolute bipartisan commitment to the U.S.-Israel alliance as both presidential tickets took strong pro-Israel positions,” continued AIPAC. “Whatever other issues divide us, America stands with Israel.

“The United States and Israel have built a resilient relationship based on common values and interests that transcend the partisan divide. In the coming years, we look forward to working with both the executive and legislative branches to forge new initiatives to further strengthen cooperation between these two sister democracies.”

The Myth of the Unmotivated Child 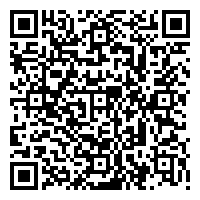