Is it safe on American campuses? Carlos Santana in Israel? And why are so many married Israeli kids are still living at home. Join guest Paul Miller, director of The Salomon Center, as he covers some of these stories!

Also, if you thought that real estate prices are high in Israel, you’re right! More and more young Israeli couples are living at home until they can afford something on the market. But now some Arabs are willing to sell their apartments to Jews, even though they could be under the threat of death from other Arabs. Could this loosen the tight real estate market in Israel? Jerusalem city councilman Arieh King from the Israel Land Fund joins Tamar and tells her about this new opportunity to get a foothold in Israel, even if you don’t live here! 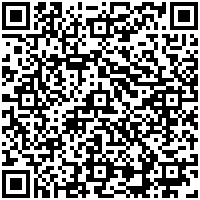