All those concerned about the dangers of Iran obtaining the ability to produce nuclear weapons have been closely watching the negotiations between Iran and the U.S. and its partners in the P5+1.

Perhaps no country has been more concerned about that danger than Israel, the nation which the Iranian leaders continue to brazenly threaten with annihilation.


It is reasonable to conclude that those who are urging the negotiators to proceed apace, to succumb to Iranian threats and demands without integrating ironclad precautionary methods are not overly concerned about the safety of Israel.

Given the university’s past “sister” relationship with Al Quds University, perhaps that explains Brandeis’s willingness to offer Ambassador Thomas Pickering – the Iran cheerleader and harsh critic of Israel – an honorary degree as this year’s Commencement featured speaker.

But what about Iran’s human rights record?

And yet, Brandeis University is having as its 2015 commencement speaker an ardent supporter of the Islamic Republic of Iran, Ambassador Thomas Pickering.

A few weeks ago JewishPress.com exposed Pickering’s disdain for Israel and his demands that the U.S. stop coddling the Jewish State and only making demands on the Palestinian Arabs (we’re not kidding).

The lack of a response from the university shows that Justice Brandeis’s namesake university doesn’t care so much about Pickering’s lack of support for Israel’s current leadership. But Israel’s existence? Or how about human rights?

STRONG SUPPORT FOR IRAN’S DEMANDS REGARDING ITS NUCLEAR PROGRAM

It is now clear that Pickering is at the forefront of those advocating for the rights of Iran to continue with its nuclear program, without ensuring every possible cautionary step be taken, and for the as-soon-as-possible rapprochement between the U.S. and Iran, human rights failings be damned.

This year’s planned commencement speaker at Brandeis is anxious to improve U.S.-Iran relations. And “improve” means increasing recognition of and hospitality towards the Islamic Republic by the U.S., without any necessary concomitant improvement in, oh, say, antagonism voiced by Iranian leadership towards the U.S. or any of its allies. Or even any improvement in its treatment of its own citizens.

Pickering has a leadership role in the big three pro-Iran diplomatic organizations: the National Iranian American Council (NIAC), the American-Iranian Council and the Iran Project. All three of these entities are focused on normalizing relations between the U.S. and Iran without demanding Iran first improve its appalling human rights record.

Pickering and his colleagues were delighted when the administration announced the P5+1 pre-Agreement Agreement, back on April 2; they immediately lauded the deal.

And then, when there was so much pushback, not only from the Israeli leadership, or from the Republican leadership, but from the leadership of the Democrats in Congress, Pickering and his pals began playing defense for the deal.

Pickering and his pals at the American-Iranian Council feared that the Congressional proposal might “hamper a speedy resolution to the nuclear deal as well as the AIC’s broader goal of rapprochement between the United States and Iran.”

They did not want to lose the momentum that had seemed to have been gained at Lausanne (momentum that began sputtering as soon as the fact sheets put out by the U.S. and Iran differed dramatically on significant points).

The AIC was horrified that Congress might “undermine all the progress and goodwill” that the negotiators had achieved in Switzerland.

“We remain steadfast in our support for a diplomatic resolution to the nuclear issue that would remove a major issue that has bottlenecked a broader rapprochement between the US and Iran,” AIC advised on its website. 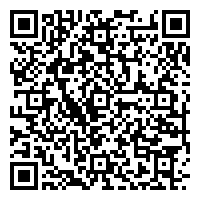