And so the announcement on Wednesday, Aug. 19, that the Reform movement will not take a position in favor, or opposed, to the Nuclear Iran Deal is momentous.


The statement, released by the leaders of the Union for Reform Judaism, the Religious Action Center of Reform Judaism, the Central Conference of American Rabbis, and ARZA (Reform Israel Fund), reveals a painstaking review of the Joint Comprehensive Plan of Action.

The statement referred to the debate over the Joint Comprehensive Plan of Action as a “makhloket l’shem shamayim,” a “debate for the sake of heaven.”

The overall position the movement took is reflected in the following statement: “The JCPOA does present a way forward, there are real dangers to rejecting it, and it does not foreclose Iran’s ability to become a nuclear weapons threshold state.” A more refined version, but not entirely different in meaning, from Cong. Brad Sherman’s (D-CA) assessment of the deal as “the good, the bad and the ugly.”

It revealed a fear not only of an Iran with nuclear weapons and of an Iran with a too-largely unfettered ability to foment and support terrorism, but also deep alarm over the fraying of the U.S.-Israel relationship and of America’s standing in the world.

The Reform movement made clear that while there was neither unanimity of opinion regarding the Nuclear Iran Deal amongst the movement’s leadership or the movement’s general membership, they were all united on the following concerns:”First, how is it possible to address our concerns about the JCPOA? Second, if the agreement is finalized, what happens the day after? Specifically, how can we work to support the strongest possible U.S.-Israel relationship going forward?”

The numerous meetings held with military leaders, political leaders and nuclear experts revealed to the statement’s drafters that their concerns can be categorized as: deterrence, Iran’s support of terror, inspections, human rights and religious freedom, and the standing of the U.S. in the world.

Based on those concerns, the Reform movement made a number of recommendations it hopes this Administration will implement, including pledging never to take any options off the table that could prevent Iran from obtaining nuclear weapons, whether at the onset of any Agreement, or at the conclusion of any Agreement, and to provide Israel with the necessary means to deter Iran and to defend itself.

Although vaguely defined, the Reform movement also recommended that the U.S. take a lead role in a broader international effort to eliminate Iran’s ability to support international terrorism.

It also believes that additional protections are necessary than the currently designed “snapback” protocol provided in the JCPOA.

And, the Reform movement avers, the U.S. must do more to encourage and push international pressure on Iran to “expand human rights, religious freedom and the development of democratic structures.”

Regardless of whether the Nuclear Iran deal passes or it does not, the Reform movement very much wants the rhetoric between those in favor and those opposed to the Agreement to be “tamped down.” 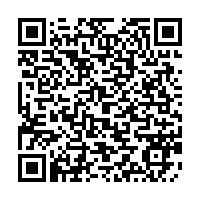