Hareidi Jews around the world were called upon to pray for the recovery of Rabbi Hager – Rav Moshe Yehoshua ben Margalis – after his health deteriorated over the weekend due to an infection and difficulty breathing.


Rabbi Hager is reported to have been surrounded by family and loyal followers at the time of his death, as the group said prayers traditionally recited prior to death.

The funeral will begin at 1:00pm Wednesday at the Vizhnitz Beit Midrash Torah study hall in Bnei Brak, in coordination with the municipality of Bnei Brak and Magen David Adom emergency services.  Vizhnitz followers will shut their businesses during the funeral, which is expected to be attended by tens of thousands of people from all Jewish backgrounds from around the country.

Prime Minister Binyamin Netanyahu expressed sorrow over Rabbi Hager’s passing, releasing a statement that said, “We have lost a dear man, an exemplar, a great leader, one who led one of the largest and most important communities in the Jewish world – Vishnitz Hasidim.  He has thousands of students who will carry on his legacy for generations to come.  Having devotedly led thousands of people, his passing is a major loss for ultra-orthodox Judaism and for the entire Jewish People.”

The Rebbe’s brother, Rav Mordechai Hager, is the Vizhnitzer Rebbe of Monsey.

During his life, Rabbi Moshe Yehoshua served as the President of the Council of Torah Sages, the body to which the Agudath Yisrael hareidi political party  turns for religious decisions and guidance.

Rabbi Moshe Yehoshua was born in Romania in 1916 to the fourth Rebbe of Vizhnitz, Rabbi Chaim Meir.  He served as the Grand Rabbi of Vizhnitz in Bnei Brak for 40 years. 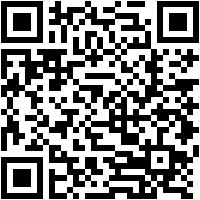