American Muslims who traveled to Saudi Arabia to perform what they understand to be their obligation according to the Pillars of Islam were attacked by other Muslims wielding knives and other weapons.

This year’s annual pilgrimage to Mecca, known as the hajj, took place last week, Oct. 13-18. More than 10,000 American Muslims are believed to have participated in their pilgrimage.  For several who went on the trip from Detroit, the experience was traumatic.


A group of Shia Muslims traveled with Imam Hassan Al-Qazwini of Dearborn. Qazwini is the head of the largest mosque in metropolitan Detroit.

One of the many prescribed rituals that is part of the hajj is to travel to the Saudi Arabian city of Mina, 3 miles east of Mecca, where the pilgrims throw a prescribed number of pebbles at Shaitan (“Satan”), represented by three stone walls.

Hundreds of thousands of tents are set up in Mina, in order to accommodate the pilgrims.

After the Detroit Shias entered a tent in Mina reserved for Australian, American and European hajj participants, the violence began.

The American Muslims recounted being approached by a large group of people they later learned were Lebanese Sunni Salafist Muslims. According to an account in the Detroit Free Press,

The Salafis asked one of the Shia men if he was Shia, recalled Seyed Mothafar Al-Qazwini, a nephew of Imam Al-Qazwini. “He responded ‘yes.’ He was immediately attacked by three men, one grabbing him in a choke hold, the others punching him in the face.”

Al-Qazwini said the leader of the Salafis then shouted “Kill them all. Kill the Shia.”

In addition to the physical violence, the American victims reported the perpetrators screaming that they were going to rape all the Shia women who did not leave the tent in 15 minutes.

The Sunnis also referenced a 7th century battle in Karbala, Iraq between Sunni and Shia Muslims in which a Shia leader and family members were murdered by Sunnis.

“We will make this day like the day of Karbala. We will kill all your men and take your women as captives,” the Detroit Imam reported.

“During the attack, the men reportedly shouted “Our [holy pilgrimage] will be complete once we have killed you, ripped out your hearts and eaten them, and [then] raped your women,” according to a report in the Washington Times.

State Department officials told a Detroit journalist that the hajj and interior ministries in Saudi Arabia “have confirmed that they are investigating” the incident.

On Turning 40: The Bigger Picture 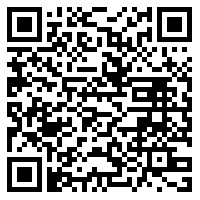