Democratic hopeful Bernie Sanders last week told the AIPAC leadership he couldn’t make it to their conference because of conflicting schedules. But, just to be on the safe side, he delivered a campaign speech in Utah Monday that would have had the AIPAC folks tar and feather him, and possibly drive him out of town facing the tail on the back of a mule. So, add the adjective “Coward” to “Vermont Socialist.”

“To my mind, as friends — long-term friends with Israel — we are obligated to speak the truth as we see it. That is what real friendship demands, especially in difficult times,” Sanders said. “But to be successful, we have also got to be a friend not only to Israel, but to the Palestinian people, where in Gaza unemployment today is 44 percent and we have there a poverty rate which is almost as high.”

Which is all Israel’s fault, naturally. Gaza used to be a blossoming garden, a rock of democracy and religious freedom in the Middle East, until Israel came by and drove it to its current sad state. Thousands of rockets shot at Israeli civilian centers? What rockets? What we see is what it is: a wealthy Israel next door to a stagnant Gaza — let’s be Israel’s friends and blame it all on her.

And he repeated the Arab lies about how Israel stealing Arab water: “Inadequate water supply has contributed to the degradation and desertification of Palestinian land. A lasting peace will have to recognize Palestinians are entitled to control their own lives, and there is nothing human life needs more than water.”

It stings worse when you hear it from a fellow Jew. We’re no fans of Hillary Clinton, but the Utah speech should also be the Jewish nail in Sanders presidential coffin.

And, having absorbed the hopeless outcome of the Israeli pullout from Gaza in 2005, which ended in 11 years so far of conflict and destruction, Sanders solution is simple: “Peace will mean ending what amounts to the occupation of Palestinian territory, establishing mutually agreed upon borders, and pulling back settlements in the West Bank, just as Israel did in Gaza.” Because it worked so well in Gaza.

To remind you, the Gaza expulsion involved about 8,000 Jews. In Judea and Samaria live an estimated 400,000 Jews, unless Bernie also wants to kick out the Jews of eastern Jerusalem, in which case you’re talking 750,000 Jews — in an Israel that has pulled way further to the right politically since 2005, having experienced what happens after you give away territory to the Arabs.

Bernie Sanders has abandoned all pretense of being a friend of Israel, never mind his declarations of friendship. In a calculated, cynical move, he has associated himself with the worst anti-Semitic forces in the US today. Compared with Students for a Free Palestine (SFP), the thugs who today are making life hell for Jews across America’s campuses, David Duke and the KKK are polite. And, make no mistake about it, SFP and the Council on American–Islamic Relations (CAIR) are Bernie Sanders’ ideological partners this election.

Bernie Sanders is now officially an enemy of the Jewish State. 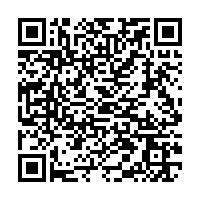