To be fair, Benzi Gopstein is a poster child for how the left imagines their rightwing, Orthodox Jewish opponents. His organization, Lehava, is dedicated to an abrasive, verbally brutal prevention of intermarriage and non-Jewish influence in Israel. Most of this tiny group’s work centers on stopping Jewish women from marrying Arab men. They showed up in at least one broadly publicized such wedding and shamed the couple to the point where the president had to get involved and condemn their actions. Turning their attention to missionaries, whose work to convert Jews to Christianity in Israel is absolutely against the law, is par for the course of Lehava. Their anger is hot, their verbiage unforgiving — just the type of speech a good constitution would have made sure to protect.

This is the proper time to remind our readers that Evelyn Beatrice Hall’s birthday, April 13, is coming up, and that we should all endeavor to mark it by saying something nasty to a policeman, or a politician, or a judge, in honor of this beautiful woman writer whose “The Friends of Voltaire,” a biography of the gifted and witty French Enlightenment writer, historian, and philosopher, endowed that man with a line he had never uttered but which is forever his, thanks to Betsy Hall: “I disapprove of what you say, but I will defend to the death your right to say it.”


Or, as Rachel Mader, head of Criminal Prosecution in the Israeli prosecutor’s office, would have put it: ” I disapprove of what you say, and I’m sending the cops after you.” 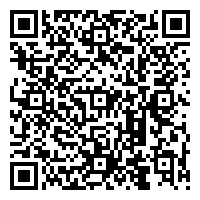