Unless you’re a maximalist, either on the left or the right in Israel, you understand that, should there some day be a permanent peace agreement between Israel and the Palestinians, be it with a Palestinian autonomy or an outright state, some of the territory that was retrieved from the Jordanians in 1967 by the IDF would remain in Israeli hands. Seeing as the number of Israelis in Judea and Samaria, not including eastern Jerusalem, according to Israeli sources, has reached 407,118, removing them from their towns and villages is not in the cards. Which means that of the three segments of Judea and Samaria, Areas A, B, and C, the latter, entirely or in part, will eventually be annexed by Israel. This means that the Arabs living in Area C would be upgraded to the status of full Israeli citizens, should they choose it—precisely as was the case with the Arabs of eastern Jerusalem when the city was unified by a Knesset law in 1980.

Which brings up the question of how many Arabs live in Area C. The range of answers to this question is truly staggering. Here are the figures from the UN Humanitarian Factsheet on Area C of the West Bank dated July 2011, updated through December, 2011: “An estimated 150,000 Palestinians live in Area C, including 27,500 Bedouin and other herders.”


Then there’s the UN Office for the Coordination of Humanitarian Affairs occupied Palestinian territory Area C of the West Bank, Key Humanitarian Concerns report, dated January 2013: “150,000 (approx.) Palestinians live in Area C in 542 communities, 281 of which are located entirely or mostly (50% or more of their built up area) in Area C.”

But then, in a miracle of demographic science, an Office for the Coordination of Humanitarian Affairs (OCHA) report titled Area C Vulnerability Profile, suggest that the Vulnerability Profile Project (VPP), launched in 2013, an inter-agency exercise designed to identify vulnerabilities in Area C, says that “According to the VPP, an estimated 297,900 people live in 532 residential areas in Area C, comprising some of the most vulnerable communities in the West Bank in terms of humanitarian needs.”

So that, having hovered comfortably for at least two years at 150,000, the Arab population of Area C experienced the kind of explosion even bedbugs would find difficult to carry out, doubling itself in one year. The report later explains the reason for this miracle: in gerrymandering fashion, they cobbled together areas that previously had not been considered Area C and Christened them (Islamized them?) Area C. The problem is that everyone, Jews, Arabs, Americans, Swedes and Finns, have been citing that number ever since, and it is sanctioned by Wikipedia, and you know if Wikipedia says so it must be true.

The magic trick is explained by the authors of the report: “The VPP includes detailed information on 532 residential areas located in Area C of the West Bank. Some of these residential areas are located entirely (i.e. 100 per cent) in Area C, but, in many cases, the area is part of a bigger community, part of which lies in Area A or B.”

Essentially, to beef up the number of Arabs in Area C, the OCHA report arbitrarily declares some cities which are considered entirely Arab and entirely in Areas A and B, to have a few parts that are in Area C. That includes Bethlehem with 37,777, Jenin 20,879, Shechem 9,583, Qalqiliya 9,598, Ramallah 36,448, Tulkarm 17,625. Add to that Jerusalem, where OCHA counts 73,515 Arabs as living in Area C, even though they actually live in Israel; Hebron, with 67,850 Arabs, whose line of demarcation with Area C lies clearly alongside the Jewish neighborhoods of the city; add a few more Arab towns and villages that are legitimately inside Area C, and you, too, will get the mind-boggling grand total of 297,900.

Except that the same OCHA report also concedes that the Arab municipalities that are 100% in Area C—and which are the only municipalities Israel would ever consider for inclusion under Israeli law—amount to only 67,016. The Israeli version of that figure, from 2012, is 47,560 Arabs.

The Naftali Bennett 2014 plan to calm the Israeli-Arab conflict in Judea and Samaria talks about 50,000 Arabs in Area C. Netanyahu supports a gradual annexation, starting with the Gush Etzion settlement block which was erected on land that Jews were forcibly evacuated from by the occupying Jordanian army. Next would come the settlement blocks of Binyamin and Shomron, and then we’ll see.

So, for the sake of arguing the issue on Facebook, if you need a good talking point regarding imposing Israeli sovereignty on Area C, it goes: Israel has the right to define the areas where it imposes its law, and it will be its choice, when the time comes, to include only those Arab communities that are not connected geographically to the Palestinian Authority. That means between 50 and 70 thousand Arabs, which is a manageable number, especially inside a contiguous Jewish community of better than 400,000. Each new Arab Israeli citizen will receive his or her blue ID card, together with access to Social Security, the best health care system in the region, and a free Sodastream made in Judea while supply lasts. 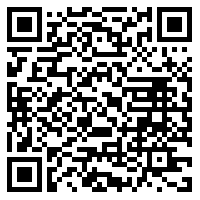