Public anti-Americanism and hatred towards United States President Barack Obama has been dramatically rising in Egypt.


The popularity of a music video by Egyptian singer and belly dancer Sama Al Masry who ridicules and curses the U.S. president is just one example of the growing trend.

The video was uploaded at the end of July and by Sunday morning, August 4, it had already been viewed more than 163,000 times.

The song claims Obama helps terrorists, and shows a picture of Obama dressed like Osama bin Laden, with white turban and grey-streaked beard.  Al Masry also calls him a traitor, “like the Brotherhood members.”

In the video, Al Masry not only curses Obama and U.S. Ambassador to Egypt Anne Patterson, but she also skewers recently deposed Egyptian President Muhamad Morsi, and the Muslim Brotherhood as well.

This is not al Masry’s first foray into Latma-esque political songsmanship.  In November she uploaded a homemade video which skewered the Muslim Brotherhood – while Morsi was still in office – and did it in a skintight dress with gyrating hips. In the video she mocks the Brotherhood by dancing with mangoes – a jab at the party’s claim that they would bring down the price of fruit within the first 100 days of office.  Al Masry also briefly dances with two large meat cleavers – symbols of the Muslim Brotherhood.

How is such scandalous and sexual mimicry possible in the increasingly Islamist Egypt?  Egyptian columnist Mahmoud Salem claims that there is a “tacit social contract in Egyptian society, according to which belly dancers are untouchable. No matter what they do, no matter how outrageous their behavior is according to Islamist values, they are totally accepted by the general population.”

Whether belly dancers are a protected class in Egypt or not, there are no reports of her arrest or of any harm towards the dancing political satirist.

But the vicious invective directed at President Obama and Ambassador Patterson cannot be the kind of response this administration was hoping for from one of the largest Muslim countries in the Middle East. 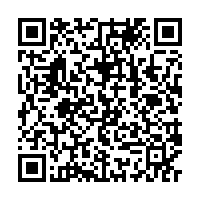