Israel’s anti-rightwing media has exposed itself. It had planned a satirical anti-right wing TV series, but the promo was so disgusting and inciting that Channel One yanked it off the air.

If you are a really serious leftist with no boundaries of bad taste, sing along with this little ditty in the promo:

But there is more. It also is anti-Semitic, to wit:

Sing, “I am a right-wing murderer” as script appears on the screen stating, “The Jews are coming, they have no God.”

During the 17-second promo, a baby’s dummy is dipped in cup of wine, on the table with all the accessories for a circumcision that prepares nationalist Jewish babies for their future.

It is something one would expect from a neo-Nazi cult, but , no, this comes from Israel Broadcasting Authority’s Channel One television,  a bastion of the left that through innuendo, prejudice, and outright hate has fed the Israel public two decades of hate of Orthodox Judaism and nationalists, depicted as the source of all of Israel’s problems.

Of course, Channel One sometimes puts a check mark to “balanced journalism” and says settlers are often called the “salt of the earth,” one of the favorite media expressions it used while manipulating the news to promote the plan in 2005 to expel more than 9,000 Jews from their homes, which were demolished afterwards.

The promo was for a “The Jews Are Coming” satire series that was supposed to be the clincher of a deal to air the nationalist Latma satirical program.

However, the Broadcasting Authority could not come to terms with airing a right-wing satirical program, and Latma, out of funds, died last month.

“We were supposed to be broadcast on Israel TV’s Channel 1 as the station’s prime time satire show. We were approved by all the professional committees not 1, not 2, not 3 but 4 times over the past two years.

“Time after time, they told us they were about to send us the contract. We even sat down and negotiated a contract with them a year ago, but then, each time, they put us on hold. In this fourth iteration of this farce, we have been waiting to receive a contract since Shavuot. Maybe one will arrive in the mail…

“Or maybe our assessment at the outset, that the Left’s control over the Israeli media is so enormous that leftist commissars are willing to break their own rules to keep a satirical voice of Zionism off the air was spot on, and they will continue leading us by the nose and pretending they are a meritorcracy and don’t discriminate against Zionists for the next generation….

“Over the past year, believing the stories we were told by the powers that be on Channel 1 that we would be moving to the small screen almost immediately, we built up the production capabilities of a top line prime time television show. And the costs, for a donation based project are just too high. So we’re ending our run.”

If the promo is any indication of what is in store, the new series might be the best thing for nationalists, for the simple reason that it will continue to expose its own vile.

Not even the grossest right-winger would create a satire making fun of the dead murderer of Arabs, but the promo’s lyrics were listed on screen as written by “Baruch Goldstein, Yigal Amir and Yona Avrushmi.” The trio, toting rifles, happily chant the lyrics while dancing around flowers in the promo.

Goldstein was the American-born doctor who treated dozens of victim of Palestinian Authority terror. Many of them died in his arms, and he went off the deep end on Purim in 1994, dressing up in an IDF uniform, carrying his rifle in to the Muslim area of the Patriarchs’ Cave in Hevron and gunning down 29 Arabs. The stampede out of the mosque to escape Goldstein’s massacre crushed him to death. 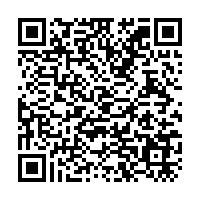