Online, Arouri has boasted about his position as Arabic Media Coordinator and Project Manager between 2009 – 2011 with the Popular Struggle Coordinating Committee.  This is a collaboration between community organizers throughout the Arab Palestinian communities which is modeled on activities carried out during the First Intifada.

It is hard to understand how someone so deeply involved in activities which are not even characterizable as “pro-Palestinian,” but instead are firmly anti-Israel, can be employed as a journalist covering the Arab – Israeli conflict.

But it is not only the major media outlets which have rewarded him despite his virulently anti-Israel activities.

In September, 2012, Arouri’s photography was part of an exhibition at a show at the U.S. Consulate in Jerusalem which featured “8 Palestinian photojournalists.”  Apparently Arouri’s claim that Arab Palestinian journalists aren’t allowed to enter Jerusalem does not apply to him.

‘Humanitarian’: Arab Zionist Teen Should be Kidnapped and Raped 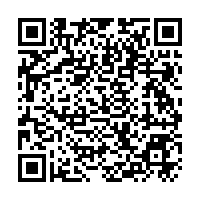