According to his Facebook page, Fadi Arouri is the Communications and Media Officer for the Italian Humanitarian non-governmental organization Gvc Onlus, and also a photographer for China’s Xinhua News Agency.

Arouri is also, perhaps primarily, an ardent activist Palestinian Arab who is at the forefront of what is known as the “anti-normalization” effort. What they want to make abnormal is any relationships between Arabs and Israelis, including those which Arabs agree is purely beneficial to them. There have been suggestions that Arouri’s employment with Reuters was terminated because of Arouri’s excessive political activism.

But what caught our attention about Arouri right now is something he posted on his Facebook page that is even more shocking than it might already be at just about any other time.

The day after the funerals for Eyal Yifrah, Gil-Ad Sha’ar and Naftali Fraenkel, an Arab teenager, Mohammed abu Khaider, was abducted and murdered in Jerusalem. Palestinians and left-wing Jews egged on by Israeli and international media, immediately cast the murder as a revenge killing.

But for those who are familiar with the Arab Middle East, several factors  raised suspicions that the murderers might be Arab, not Jewish. There were no facts pointing to this conclusion, to be sure, just as there was no evidence that Jews were responsible for abu Khaider’s death.

For people unfamiliar with the Middle East, the idea that other Arabs might have killed the teenager either because he belonged to the “wrong” clan or his family was in the wrong political party, or, as some speculated, the murder was an honor killing, is beyond comprehension.

And this is where Arouri comes in.

Not that anyone claims Arouri is responsible for abu Khaider’s death, but he is such an extreme nationalist that he posted on his Facebook page a call to have a different young Arab Israeli “kidnapped and raped” because of his political views.

Two things are important to note about his: first, the boy Arouri put out the hit on is Mohammad Zoabi, and second, Arouri is permitted to enter Israel because he is allegedly working for a humanitarian NGO.

The young Zoabi has been in the news recently because he is proudly and publicly a Zionist Arab who harshly criticized the abduction of the Israeli teenagers last month from Gush Etzion.

It was a particularly welcome surprise that Zoabi was so vehemently supportive of Israel and critical of the abductions, given his infamous relative – Hanin Zoabi, a virulently anti-Israel Arab member of the Israeli Knesset. Responding to her nephew’s Zionist message, the elder Zoabi called him a “stupid boy.”

Earlier this week the young Zoabi posted a video to his Facebook page in which he recited a message for his politician relative. His message was in English, Arabic and Hebrew and in each language he called Hanin Zoabi a “traitor” and “an abuser of the democratic system of Israel.” He also told her she does not belong in Israel. He told her “you are more than ‘frickin’ invited leave,” suggested she go to one of the 22 Arabic parliaments if she hates Israel so much, and also suggested that she, as a “single 45 year old woman” should see how she would be treated there.

Marzel: Let Zoabi Speak; the Left Tries to Stifle Free Speech, Not Me

Esah Einai (I Lift My Eyes Towards the Mountains) 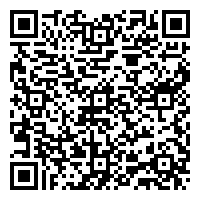