A resident of the Hura Bedouin village in the Negev was sentenced to three years in prison Monday after admitting in a plea bargain to having joined ISIS and planning to travel to Syria with other family members. The man, Issa Abu Al Kian, was planning to travel to Saudi Arabia on the month of Ramadan and continue to Syria from there.

The Be’er Sheva District Court this month is hearing five indictments against Bedouins who joined ISIS, some of whom worked as school teachers in the Bedouin city of Rahat and in Hura. Two weeks ago, the cell leader Muhammad Abu Al Kian was sentenced to four years in jail.

Since 2013, Mohamed Abu Kian delivered ISIS recruitment sermons in a Hura mosque. One of his early followers, Uman Abu Kian, a medical resident at Barzilai Medical Center in Ashkelon, joined ISIS in Syria and was killed.

District judge Yoel Eden wrote in his ruling two weeks ago about Mohamed Abu Kian’s actions: “We’re not talking about a one time mistake, but about preaching, meetings, showing films and holding conversations with the goal of supporting a terrorist organization.”

The sentences of three and four years are among the heaviest imposed in Israel for illegal association. 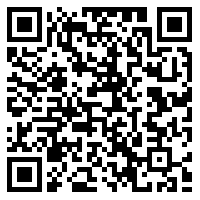