Baroness Ariane de Rothschild, Chair of the Edmond de Rothschild Foundation, unveiled Sunday night a preservation and reconstruction project of the wall promenade, fortifications, and the Crusaders’ market at the port of Caesarea in a festive event in the presence of numerous guests.

“Caesarea’s Crusaders’ Wall Promenade is not only a tourist attraction, but also another important element in the Edmond de Rothschild Foundation’s social and economic impact on Caesarea, Or Akiva, Jisser al-Zarqa, and the surrounding towns,” Baroness de Rothschild said at the opening ceremony.


The Wall Promenade route begins near the southern gate to the Crusader city and continues to the observation tower overlooking the ancient Roman “amusement quarter” in all its glory – with the theater, the hippodrome, the bathhouse, and the reef palace. From there, along the top of the walls and beside them, visitors can learn about the period-typical fortification system, before reaching the Crusaders’ market area, located near a covered street – with its experience-inviting atmosphere.

The market affords a look and a whiff of some of the goods displayed by the merchants, conducting vibrant and colorful trade of food, handicrafts, and exotic accessories that the European Crusaders were first exposed to as they rode their horses into the heart of the city, bags filled with gold coins, some of which were discovered in the archeological excavations at the site.

On the quarter’s second level, visitors can take in the residential apartments built by the Crusaders, decorated with mosaic floors and marble slabs.

“Over the past decade, we have invested more than $42 million in tourism development and in archaeological excavations of what was formerly sand-covered ruins,” the Baroness said. “We will continue to make informed investments which are serving as power multipliers for development, employment, and tourism, as well as for education, and empowerment. Israel draws its strength and national resilience from the diversity it encompasses. Recognizing diversity creates pioneering leaders.”

“The Baron de Rothschild’s family is determined to continue to pursue, as a central partner to the State of Israel, its contribution to the development of Israel in general and of the Caesarea area in particular,” Baroness de Rothschild said. “Providing access to the promenade and opening the Crusaders’ market also in the evening hours, will upgrade the Israeli tourism product and provide visitors from all over the world with a ‘Caesarea standard’ experience.”

“But for me, this is much more than a tourist attraction.” said the Baroness and stressed that “the $42 million investment of the Foundation in the region over the last decade is yet another important element in the social and economic impact which the Edmond de Rothschild Foundation strives for in Caesarea, Or Akiva, Jisser al-Zarqa, and the surrounding towns. We believe in ‘impact investments,’ which constitute a multiplier of power for development, employment, tourism, education, and empowerment.”

The Edmond de Rothschild Foundation Vice Chairman (Israel) Guy Swersky, noted that the project was excavated and reconstructed over 12 months with funding from the Edmond de Rothschild Foundation through the Caesarea Development Corporation and in cooperation with the Antiquities Authority and the Israel Nature and Parks Authority, with a direct investment of $2.8 million.

“Caesarea offers a new and fascinating discovery every day. The Foundation’s decision to allocate the considerable amount of over $42 million for restoring, preserving, and providing accessibility to the old city and the port make the project the largest of its kind in Israel – and perhaps even in the world,” Swersky said.

Shaul Goldstein, CEO of the Nature and Parks Authority, said: “More than 2,000 years have passed since Herod built the port city of Caesarea and even today, the old city inside the Caesarea National Park continues to flourish, to thrive and to thrill the hundreds of thousands of visitors each year – Israelis and tourists alike – making it one of the most popular sites in Israel.”

Caesarea Development Corporation CEO Michael Karsenti said that the restoration and accessibility works were designed specifically to enable visitors walking the restored promenade to view illustration aids in order to enjoy a genuine glimpse into the glorious past of a city that united religions, cultures, and multiple rulers and conquerors.

Israel Antiquities Authority Chairman Israel Hasson said: “I would like to congratulate the Edmond de Rothschild Foundation, the Caesarea Development Corporation and the Israel Nature and Parks Authority for their important partnership in realizing the great vision of returning Caesarea to its glorious days as a vibrant port city that provides a cultural experience for its visitors.

“As part of this broad vision, we are looking forward to open this project to the public and we hope that the State of Israel and the Edmond de Rothschild Foundation will find a way to continue to develop this national project, which contains fascinating findings that will transform this region to be One of a kind in the world.”

“Along the tour of the fortifications – the walls, moat, and the Crusaders’ market, all built in 1251, during the visit of Louis IX, King of France, who himself took part in the fortification works, visitors can actually step centuries back in time to the Middle Ages and the Crusades period. You can touch reconstructed parts of the walls, peer through the embrasures, and the brave-hearted are invited to descend through the mysterious access tunnel that was used by the Crusader knights to access the moat surrounding the fortifications in order to bring food and ammunition supplies without risking a breach of the walls,” Karsenti added.

Karsenti and the Caesarea Port Authority director, Vered Sarig, promise that the Caesarea Development Corporation will soon hold on the new promenade a variety of period-inspired events in a theatrical atmosphere during day and evening hours, with stalls of oil and wine pitchers, fruits, vegetables, and breads – a culinary experience reminiscent of the Crusader cuisine. Event dates will be published in advance. 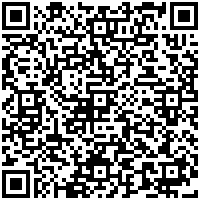