Kite terrorism in recent weeks has become one of the challenges the IDF faces every day on the Gaza border, resulting in fires that rage through Israeli owned fields and groves on the other side of the fence. Dozens, sometimes hundreds of burning kites are fired daily from the Gaza side of the border, carrying Molotov cocktails.

Now a new threat has come into the foreground: booby-trapped helium balloons that can carry ignition arrays and small explosive charges.

The Gazans have tried everything: in some cases, they use transparent balloons that are harder to locate (some of which are inflated prophylactics). In some cases, these are really large helium balloons made up of two garbage bags that are sealed to each other and can carry a relatively large load and reach a height of hundreds of feet.

The question is, where does all this helium come from?

Israel Hayom on Monday cited people involved in the field who speculated that since there are not many toy stores in Gaza, the only logical source for this amount of helium are Gaza hospitals that normally use the gas for their medical purposes.

Indeed, an official report of the Israeli Foreign Ministry in 2012 suggested that in that year alone, international organizations, in coordination with the Gaza Civil Liaison Administration (CLA), imported 32 trucks of drugs and medical supplies through Kerem Shalom Crossing, which included helium for MRI machines.

Using hospitals to promote terrorism is nothing new in Gaza under the Hamas rule. During the 2014 Operation Protective Edge, Al-Shifa Hospital in the neighborhood of North Rimal in Gaza City was described by The Washington Post as being a “de facto headquarters for Hamas leaders, who can be seen in the hallways and offices.”

There is currently no way to stop the Gaza Arabs from obtaining the gas: Israel will not block the supply of gases for medical use in hospitals, even if it knows that some of them are used in terrorist operations.

This new threat was one of the topics debated in a special conference in which senior members of the IDF’s technological arm citizens brainstormed with more than 200 Israelis who are closely familiar with drones, according to the Monday report in Israel Hayom. The IDF is looking for additional volunteers to serve as drone pilots against the flying firebombs from Gaza. 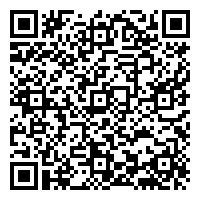