Vice President Joe Biden’s reference to the Tsarnaevs as “knock-off jihadis,” during the memorial service for Sean Collier, the slain MIT police officer last week, was of a piece with this effort to pretend there is no global connection between the individual cells operating in Western countries and the global jihadist movement.  Roggio called the term and the effort at distraction “offensive.”

These efforts to adamantly refuse to look behind the curtain, just like the ones to divert attention from the real animating source for the murders of Amb. Chris Stevens and three other American citizens in Benghazi on September 11, 2012, are not only offensive, they are dangerous.


Al Suri gives voice to a malevolent antipathy towards the West, in particular America, but also Israel as well as all countries that participated in efforts to defeat the Taliban’s burgeoning Caliphate in Afghanistan, or those Muslim countries which allow in the infidels on holy ground – such as Saudi Arabia.  We ignore the threat at our peril.

A better understanding of al Suri’s vision – because whether or not the local jihadi cells know his name, they know his methods and his instructions – is essential in the West’s war against those who seek our destruction. 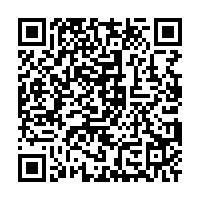