The terrorist is the victim?

A 16-year-old girl intends to file a police complaint against a guard who shot her while she was brandishing scissors during a friend’s scissor attack in Jerusalem Monday,


A video clearly shows the girl waving her scissors seconds after her 14-years-old friend attacked a 70-year-old man with scissors and then was shot dead. The terrorist picked the wrong victim. He was an Arab, who suffered light wounds in the attack at the Mahane Yehuda market.

Here is the 16-year-old girl’s version, as reported by Channel 10 television:

She [the 14-year-old] asked me to come with her to Jaffa Road. I did not intend to harm anyone. Suddenly, she pulled out scissors and scratched someone.

I did not understand what she was doing. People began to shout ‘terrorist.’ I was afraid they would attack me, so I took out the scissors to defend myself. Suddenly, I was shot and someone hit me in the head with a chair, causing me to lose consciousness.

The girl is recovering from her wounds and now intends to throw the book at the guard who shot her. She is arguing that she was an innocent victim who was waving her scissors, seconds after her friend stabbed a man, simply to protect herself. 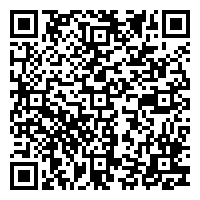