Two Arab suspects were arrested Tuesday morning shortly after terrorists attacked a group of five ladies in their 70s and 80s walking on a path in Jerusalem’s Armon HaNatziv neighborhood, near the ‘Shalom Forest’. The women sat down on a bench along the path during their walk, passing two Arab youths in the process.

The two youths, both wearing masks, attacked them from behind according to Israel Police, who spoke with the women following the attack.

The terrorists stabbed two of the five women in the chest before fleeing in the direction of the Jabel Mukabar neighborhood, a terrorist hotbed in the city.

Both women were rushed to Shaare Zedek Medical Center with serious wounds. They were admitted to the hospital’s Trauma Unit in fair condition.

Israel Police and Border Guard Police officers immediately responded to the women’s call for help, appearing on the scene within moments after the attack.

Police had set up road blocks around the area and security personnel immediately launched a manhunt for the attackers.

“During the search two suspects were detained for questioning to determine whether they were involved in the attack,” security sources said. “The investigation is continuing and Israeli intelligence personnel are operating as well to track down and capture those responsible.” 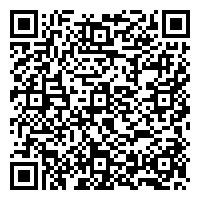