The Communications Ministry has issued a tender for the operation of fourth-generation – 4G – LTE mobile phone networks in Israel.

A 4G network, which has been operational in the United States for several years, allows users to work with the Internet at speeds three to five times the current rate.

The tender issued by the ministry notes “The bands will be awarded to the highest bids with a minimal bid of NIS10 million for each of the 8 available 5MHZ frequency bands. New and small operators may receive up to 50% discount, 10% discount for each 1% addition to their market share, obtained over the next 5 years.”

Five companies currently operate 3G networks — which are much slower — but 4G networks involve wider frequencies and they are expensive to develop. Israel cannot support five of those, so companies will have to share.

Israel’s three largest mobile firms – Cellcom Israel, Partner Communications (Orange) and Bezeq (Pelephone) – all offer 3G and have been fighting a price war over the past two years. But there are two new competitors in the market – Golan Telecom and Hot Mobile – which both own their own infrastructure and are rapidly moving up to take a share of the Israeli customer base.

Two months ago, Partner signed a deal to share a network with Hot, which is owned by Altice, a French cable group. Cellcom, meanwhile, announced a similar arrangement with Golan. Both are already developing 4G networks, which will cost approximately $100 million to create. 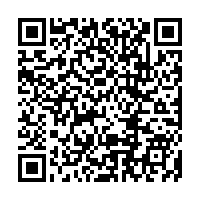