The attacker was one of a gang of three terrorists hurling firebombs and sharp rocks and cinder blocks at Israeli motorists as they passed the ambush site.


The masked attackers were waiting to attack Israelis along the southern end of Route 60, just west of the Arab village of Samua, south of Hebron and slightly north of the south Hebron Hills community of Yatir.

IDF soldiers who spotted them first fired warning shots in the air in an attempt to stop them, but when they continued attacking motorists, fired directly at the terrorists.

Numerous Israelis have been wounded and murdered in road terror attacks over the past several years.

Arabs hurling rocks, cinder blocks and firebombs at the windows and windshields of vehicles intend to kill those at who they aim. By smashing the glass, a driver’s attention is diverted from the road.

Often the car crashes as a result in addition to whatever injuries are caused by the flying glass. If the car crashes or is brought to a stop by other means, the terrorists then descend on the vehicle – and are then able to finish off their victims.

In several past instances – such as that which took the life of Kiryat Arba resident Asher Palmer and his baby son Yonatan — police first believed vehicles crashed due to accidents rather than terror attacks. It was only through the persistence of area residents that police investigated further, and realized that in fact, the “accident” was caused by a terror attack.

On Monday, the IDF ordered a military police investigation into the shooting death of the road terrorist and the actions of his two accomplices who were attempting to kill Israelis near Samua. 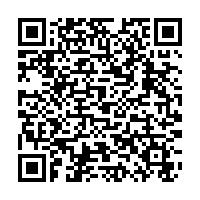