IDF soldiers arrested 25 terror suspects overnight between Sunday and Monday in Judea and Samaria, including five individuals from the Hebron area who are suspected of involvement in the abduction of Eyal Yifrah, Gil-Ad Sha’ar and Naftali Fraenkel a month ago.

Arabs rioting during the arrest operation at Halhoul, Kever Rachel, Bitunia and Jenin, according to a report on Ynet. IDF forces responded with riot control measures. No injuries to Israeli forces were reported. 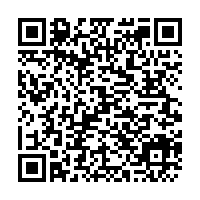