As Israeli security and defense leaders are continuing to discuss how best to deal with the threats emanating from Israel’s southern border with Gaza, a Knesset committee on the status of women is wrestling with a different issue.

A meeting of the Knesset Committee for the Advancement of Women which convened Monday was unexpectedly tense due to unscheduled changes in the agenda that suddenly pulled the subject away from the well-being of Jewish women in southern Israel to a discussion of the status of women in Gaza.


MK Merav Ben Ari (Kulanu) participated in the meeting; she explained in an interview on Galei Tzahal Army Radio, “The agenda was supposed to be a discussion on the current situation of the women of Sderot. But it somehow changed without our knowing about it to a discussion of how the women are doing in Gaza.”

According to Ben Ari, updated data were also presented that precluded discussion. In the past few months, “six thousand people [from Gaza] have received medical treatment in Israel (via the Erez Crossing),” she said.

“Via the Rafah Crossing [into Egypt], no one is being transferred to any medical centers,” she pointed out. 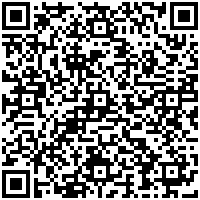