Fatah Central Committee Chairman and head of the Palestinian Football Association Jibril Rajoub was summarily thrown out of the Al Aqsa Mosque at the Temple Mount on Sunday night after the Tarawiyyah prayer held on Ramadan night.

Arab media reported that Israeli police officers intervened to prevent a confrontation between Rajoub and the Murabiton “defenders of the Temple Mount” Islamist organization activists who regularly harass Jewish visitors the site.

Rajoub, a member of the Palestinian Authority’s leading Fatah faction, is not a particularly observant Muslim. The Murabiton and Murabitat — both banned Islamist organizations — are funded by the outlawed Islamist northern branch of the Islamic Movement in Israel, which has ties to Iranian-backed Hamas and the outlawed Egyptian Muslim Brotherhood.

The Murabiton for men and Murabitat for women were created by the northern branch of the Islamic Movement in Israel group in 2012. However, in August 2015 Public Security Minister Gilad Erdan banned the groups’ presence during visiting hours and a month later, then-Defense Minister Moshe Ya’alon banned the two groups altogether as illegal organizations because they formed “a central component in the creation of tension and violence on the Temple Mount in particular, and Jerusalem in general.” The groups engaged in “dangerous incitement” against tourists, visitors and worshipers on the Temple Mount, which could and sometimes did lead to violence that could endanger lives. 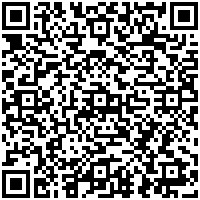