Seventy-five Torah scrolls in 75 gleaming new silver Sephardic Torah cases were brought to the Western Wall Wednesday night for a ceremony to commemorate the Jewish souls returned to their Creator last summer in Operation Protective Edge.

Sixty-five of the 75 new Torah scrolls was donated by Jewish communities from around the world as part of a project initiated by the Yad L’Banim organization. Ten others were donated through the Defense Minister by the Libi Fund, the Ministry of Religious Services and the Western Wall rabbi – all, in memory of the 75 people who were killed in last summer’s counter terror war against Hamas and allied terror groups in Gaza and elsewhere in Israel. After the ceremony, the scrolls were transferred to Yad L’Banim memorial sites and IDF bases across the country.

Both of Israel’s Chief Rabbis were present at the ceremony.

“This is the most powerful way we Jews remember our dead, and their memories will always be alive while we read and learn from each sefer Torah,” wrote a Facebook user who described the “emotional but beautiful event” following the ceremony.

“May their dearest souls be elevated by this event,” he added.

During the ceremony, the same Torah scroll that was carried by IDF Chief Rabbi Shlomo Goren after the liberation of Jerusalem’s holiest site – the Western Wall and the Temple Mount – was brought back from the IDF together with the other Torahs in a moving re-enactment of its first arrival to the site in the arms of the chief rabbi.

Remembering The Wall (Part I) 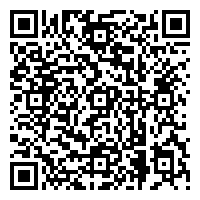