The suspects were transferred to security personnel for further questioning.


During the arrest process, security forces operated with the Etzion Regional Brigade in the so-called Deheishe “refugee camp.”

The Arab suburb south of Bethlehem has, over the past decades, morphed into a village and today is larger than some Israeli Jewish communities.

The operation was carried out in cooperation with the Israel Security Agency (Shin Bet), the Border Police and the Israel Police. Two suspects were arrested inside the refugee camp for terrorist activity, popular terror and incrimination. In addition, the forces seized a lathe that was used to produce weapons.

Violent riots broke out, with residents hurling stones and firebombs (Molotov cocktails) at the Israeli forces as they carried out the arrests. The soldiers used standard riot dispersal methods to break up the attacks.

Arab media also reported that one Palestinian Authority resident was found dead after the riots, and a second one was wounded. The report is under investigation, the IDF said. 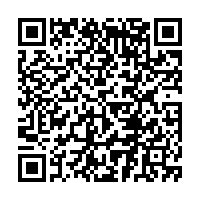