A member of the Temporary International Presence in Hebron (TIPH) observer group fled Israel last week after he was identified in an investigation into the vandalism of a vehicle belonging to Elad Fass, head of a Jewish family in the ancient Judean city of Hebron.


The TIPH is an international civilian observer group that monitors and reports on the IDF and actions of Jews in Hebron, including alleged human rights abuses and violations of the Oslo Accords and UN resolutions.

Elad Fass had immediately reported the vandalism to police, filing a complaint noting that the tires on his vehicle had been slashed. The case, however, didn’t move for a year, according to local sources, until lawyer Itamar Ben-Gvir put pressure on the police.

One year later, Israel Police checked the security cameras at a neighboring Arab home, and tracked down security footage that showed a uniformed member of the TIPH team passing by the car in question several times and crouching by the tires, according to Israel’s Hebrew-language Hadashot TV news. They asked the head of the TIPH to identify the perpetrator who appeared in the clip.

But instead of making the member available for questioning, the head of the TIPH delayed his response, saying instead the organization would conduct an “internal probe.”

By the time police followed up a few days later, they were told the observer had left the country.

This is not the first incident involving TIPH members against the Jews of Hebron: earlier this month a TIPH member from Switzerland slapped the 10-year-old son of Yitzhak Pass, hitting him in the face so hard, his kipa went flying off his head, because the child had identified him as someone from the observer team prohibited from entering the neighborhood.

The Swiss ambassador actually blamed the Jews for their citizen beating on a Jewish child.

The infant daughter of the Pass family, Shalhevet Pass was shot to death by a bloodthirsty Arab sniper in Hebron in 2001.

On March 26, 2001, a Palestinian Authority Arab using a specialized rifle targeted and murdered 10-month-old Shalhevet in the ancient holy city as she sat in her stroller. The sniper also shot her father, Yitzchak Pass, twice in the legs, seriously injuring him.

The observer who was spotted by the young boy had concealed his identity in order to enter the Jewish neighborhood, the part of the city barred to TIPH members. He was arrested but then released due to his diplomatic status.

The Swiss ambassador later issued an awkward apology for his citizen’s behavior but no other action was taken other than to expel the observer from Israel. 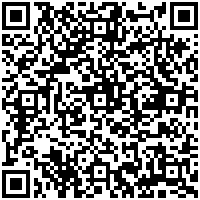