A motor vehicle accident Tuesday in Nepal left nine Israeli citizens injured after the driver lost control of the vehicle during a tour.

Most of the Israelis sustained minor injuries, according to the report.


An official from Israel’s foreign ministry came to the scene to assist in their evacuation to various medical centers.

Nepal is one of the major destinations for Israeli backpackers who go abroad after completing their mandatory military service.

A Medic in a (Wedding) Suit Shows Up When Needed 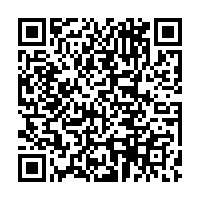