The suit in New York charged several right-wing Israeli charities with funding settlers in violation of anti-terrorism laws. “American federal judges recognize the difference between the financing of murder and violence… and legitimate bona fide financial support of the daily needs of peaceful Israeli settlements over the Green Line,” said attorney Nathan Lewin, who represented the charities.


The libel suit that was rejected in Washington may go to the Supreme Court, said a lawyer for Tarek Abbas, one of the PA chairman’s sons.

He sued Foreign Policy magazine and Foundation for the Defense of Democracies researcher Jonathan Schanzer, who in 2012 wrote an article for the magazine, whose subhead line read:

Are the sons of the Palestinian president growing rich off their father’s system?

A three-judge panel unanimously agreed that defining defamation to include raising a question would “dramatically chill” public debate.

Just imagine the severe infringement on free speech that would ensue in the alternative universe envisioned by Abbas. Is the Mayor a thief? Is the quarterback a cheater? Did the Governor accept bribes? Did the CEO pay her taxes? Did the baseball star take steroids? Questions like that appear all the time in news reports and on blogs, in tweets and on cable shows. And all such questions could be actionable under Abbas’ novel defamation theory.”

Admitting that journalists often unfairly raise questions to imply a negative conclusion, the judges stated, “There is no good or predictable way to neatly divide (i) the questions that are routinely posed in America’s robust public forums from (ii) the kinds of questions that would be actionable as defamation by implication under Abbas’s theory.”

Abba’s lawyer Louis Adolfson told Politico. “We are considering our options,” meaning a possible appeal to the Supreme Court.

Schanzer wrote in his article for Foreign Policy, “The conspicuous wealth of Abbas’s own sons, Yasser and Tarek, has become a source of quiet controversy in Palestinian society since at least 2009, when Reuters first published a series of articles tying the sons to several business deals, including a few that had U.S. taxpayer support.

“Yasser, the elder son,…owns Falcon Tobacco, which reportedly enjoys a monopoly on the sale of U.S.-made cigarettes in the Palestinian territories. According to the Toronto Star, Yasser also chairs Falcon Holding Group, a Palestinian corporate conglomerate that owns Falcon Electrical Mechanical Contracting Company, an engineering interest that was established in 2000 and boasts offices in Gaza, Jordan, Qatar, the United Arab Emirates, and the West Bank.

“This business success has come with a helping hand from Uncle Sam: According to a Reuters report, Abbas’s company received $1.89 million from USAID in 2005 to build a sewage system in the West Bank town of Hebron.

Yasser Abbas also manages a company that engages in public works projects for his father’s regime and which was awarded $300,000 in USAid funds between 2005 and 2008.

His younger brother Tarek’s advertising firm received $1 million in USAID funds “to bolster public opinion of the United States in the Palestinian territories.”

And what do Palestinian Authority Arabs think about the sons of their leader, who now is serving something like the 10th year of his elected four-year term of office?

On a research trip to Ramallah last year, several Palestinians told me that the Abbas family dynasty is common knowledge. However, discussion of the issue rarely rises above a whisper — thanks to growing fear of retribution by PA security officers, who have apprehended journalists and citizens for openly challenging President Abbas’s authority.

Tarek could have been $10 million richer, but the U.S. Appeals Court in Washington ruined his plans. 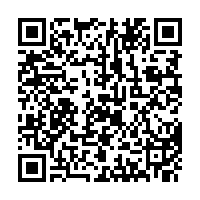