U.S. Secretary of State John Kerry has ended his three-day trip to Israel by listening to a claim by Mahmoud Abbas that no one can stop “lone wolf” terrorists, while at the same time the Palestinian Authority continues to incite violence.

Kerry met with the Palestinian Authority chairman in Ramallah on Wednesday and restricted his comments in public to saying that he is doing what he can “to try to help contribute to calm and to restore people’s confidence in the ability of a two-state solution to still be viable.”

Arab media said that Abbas told Kerry that no one can stop terror attacks carried out by individuals acting on their own.

The same day, the official Palestinian Authority WAFA website again did its best to promote hate and violence instead of stopping it.

Israeli settlers and rabbis Wednesday broke into the courtyards of al-Aqsa Mosque compound in Jerusalem, fueling tension at the site, according to WAFA correspondent.

He said Jewish hard-liners and rabbis stormed and toured al-Aqsa Mosque compound in the morning, provoking tension with Palestinian worshipers who chanted religious slogans in defiance of the Jewish entry.

Meanwhile, Israeli police continued to impose restriction on the entry of Palestinians into the site, especially women and youth, reserving their identity cards prior to their entry.

WAFA also promoted the blatant lie that “Israel was planning to enforce a temporal division of the mosque between Muslims and Jews.” It added, “Palestinians worry that if Jewish visitors were allowed to pray in the holy al-Aqsa Mosque, it would eventually lead to a permanent change which will result in full Israeli control and ban on Muslims’ prayer.”

Police spokesman Micky Rosenfeld told The JewishPress.com Thursday that no restrictions were placed on Arabs and that there were no clashes.

Israeli police routinely throw off the Temple Mount any Jew, or Christian, who even looks like he is praying, and Prime Minister Binyamin Netanyahu took the unprecedented step earlier this month to publicly announce that Jews may not pray there.

Kerry does not read WAFA. He reads only what his underlings feed him, which is what he wants to read so he can ignore incitement and can draw his own conclusions, such as he did yesterday:

We had a long and very constructive and serious conversation with President Abbas, and I want to say that I know that the situation for Palestinians in the West Bank, in Jerusalem, in Gaza is, at this moment, very dire, that there are extraordinary concerns, obviously, about the violence. 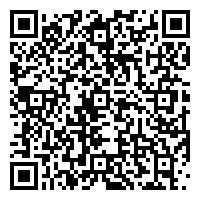