Palestinian Authority chairman Mahmoud Abbas sent mixed messages Sunday regarding violence against Israel, claiming that the PA does not plan to take up weapons against Israel – but then warning of a potential “explosion” of terrorist violence.

Abbas’ comments to an Egyptian television station were translated by Israel’s Reshet Bet.


He stated that the PA would use diplomacy, not weapons, in its efforts to claim the entirety of Judea, Samaria, and Gaza. However, he said, “if the Palestinian people feels there is no hope – it will explode.”

Abbas claimed that the PA would be powerless to prevent an outbreak of violence. His comments come in the wake of several brutal attacks on Jewish civilians.

While Abbas attempted to portray himself as an innocent observer of Arab terrorism, countless reports have shown that the PA intentionally, and systematically, incites Arab youth to commit acts of terrorism. Terrorism is lauded, and those who commit violence against Jewish civilians are embraced as heroes.

Abbas himself has referred to PA terrorists who murdered Israeli children as “heroic brothers.” Among the members of his government was Ziad Abu Ein, who suffered a heart attack in a clash with the IDF two weeks ago and  once murdered two Israeli children in a terrorist attack.

He has also aligned himself with Hamas, which openly seeks Israel’s destruction.

Abbas’ comments Sunday appear to be part of a long-term strategy of protecting his reputation as a “partner for peace” in talks with Israel without giving up his support for terrorism. 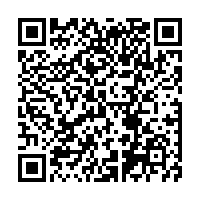