Netanyahu placed responsibility for incitement that led to the attack by a Hamas operative who lived in Jerusalem’s northern neighborhood of Shuafat squarely with Abbas.


It was Abbas, he said, who was responsible for “the growing incitement” seen in recent days.

Abbas, “who sent a condolence letter to the family of [Yehudah] Glick’s [shooter] and who has tried to prevent Jews from going up to the Temple Mount.

“The vehicular terror attack today in Jerusalem is the direct result of incitement by Abu Mazen [Abbas] and his partner Hamas,” the prime minister stated flatly.

Netanyahu noted that the “rising tide of Islamic extremism and radicalism that is sweeping all across the Middle East and beyond” was affecting Israel’s Arab population as well – and would cost the Jewish State. But although he acknowledged that Israeli is in “a prolonged battle for Jerusalem,” as he politely phrased it, he added, “I have no doubt that we will win it. We are employing all the necessary powers to restore quiet and security to the city.

“True peace will come when the squares in Ramallah and Gaza will be filled with demonstrators calling for a halt to terrorism. Peace will come when Iran will stop calling ‘death to Israel’ and when Abu Mazen no longer says that Jews are defiled and stops embracing their killers,” Netanyahu said.

But until then, “There has been no change in Palestinian society toward acceptance of the Jewish people’s right to its own state.” 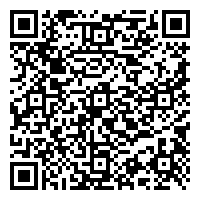