Palestinian Authority chairman exposed  the “two-state- policy at the U.N. Human Rights Commission in Geneva and said the “occupation” has continued for 67 years, since the re-establishment of the State of Israel.

Mr. President, ladies and gentlemen, haven’t you wondered: For how long will this protracted Israeli occupation of our land last? After 67 years (i.e., Israel’s creation), how long? Do you think it can last, and that it benefits the Palestinian people?

[The] holy sites which have been desecrated every other second again and again for seven decades now under an occupation that does not quit killing, torturing, looting and imprisoning…

PMW pointed out that the official Palestinian Authority WAFA website deleted his “67 years” phrase from its published a transcript of his remarks.

PA institutions provide plenty of evidence that the Abbas regime considers all of Israel as “occupied.”

Besides promoting maps of Israel as “Palestine,” the Palestinian Authority national Security Forces posted on Facebook  on different days last week text, as translated and reported by PMW: 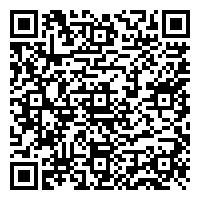