(JNi.media) Harvard Law professor Alan Dershowitz in a recent book claims that President Obama changed the focus of the Iran nuclear deal after he was re-elected and allowed himself to be “checkmated,” because he gave Iran hope of developing a nuclear weapon and took the US military option off the table.

In an exclusive interview with the Observer, Dershowitz, a lifelong Democrat, staunch supporter of Israel and author of “The Case for Israel” and “Chutzpah,” spent a sleepless night after the Iran deal was announced. He emailed his eBook publisher and asked if it was possible to have a book written about the Iran deal in time for the Congressional debate. His publisher gave Dershowitz two weeks, but it was finished in eleven days. A day after it was released, “The Case Against the Iran Deal: How Can We Now Stop Iran From Getting Nukes” was rated the number one Kindle international best seller just a day after it was released.


If President Obama seems to be saying something different about Iran as a potential nuclear power than what he said in previous years, it isn’t just memory playing its tricks. Dershowitz points out that the President’s statements about the Iran deal changed dramatically after his re-election. Previously, Obama was emphatic that Iran would not be allowed to develop nuclear weapons, calling the move a “game changer” and promised to do “whatever it takes” to prevent Iran, which has stated its desire to destroy Israel, from becoming a nuclear power.

There is a cynical explanation, and a more straightforward one, as to why the President changed his mind, Dershowitz suggests. He could have sincerely reconsidered his position in the process of negotiating with Iran. The other explanation that includes certain suspicions, but which “seems to be supported by the data,” is that once Obama was re-elected for a second term and the Republicans dominated the Senate “he was going to do what he always wanted to do and was less completely candid with those of us whom he told that the military option was on the table and Iran would never be able to develop nuclear weapons.”

Obama’s main mistake, explains Dershowitz, was dealing with Iran as an equal, which was the result of his taking the military option off the table.

“That was an extraordinarily naive and wrong thing to do,” said Dershowitz, who insists that position is supported not just by Obama’s political opponents, but other liberal Democrats.

Supporters of the deal say it prevents war and they challenge opponents to come up with a better version of a deal. Dershowitz thinks war is a greater possibility now that Iran has been strengthened financially, given credibility and the military avenue has been dispensed with.

He thinks sanctions could have been removed if the US negotiated with Iran from a position of strength, demanded 24/7 inspections capability, the complete scrapping of Iran’s nuclear program, and military consequences if the deal was violated. “Now the problem is we negotiated as equals and are playing checkers against the people who invented chess, and they checkmated our President and our Secretary of State,” he says.

A way out for the next administration is not to acknowledge the Iran deal, which Dershowitz, a constitutional scholar, thinks may not have authority. Dershowitz explains that the Iran deal likely falls under the definition of a treaty the Framers said would need 2/3rds approval in Congress. “It is unlikely that they would have allowed the President alone to make an enduring and international agreement.”

It is possible that, with the next Administration, “the Iran agreement won’t have the force of law,” Dershowitz says. 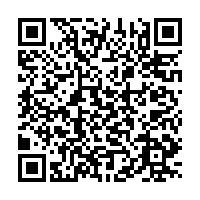