Earlier this week I reported that Anthony Weiner had compared the NYPD’s Stop and Frisk practice, if extended, to those of the Nazis in 1938.

“Well, you can have 100% reduction in crime if you stopped everybody. You could have 1938 Germany,” said Mr. Weiner.

“I’m calling on Tony to put an end to this insanity and publicly apologize to the hard-working men and women of the NYPD. After that, he should reconsider his campaign for Mayor. It’s an outrage that anyone who wants to lead this city and its police department would fan the flames and stoop to such appalling lows to gain a few votes,” said Mr. Albanese.

“If Anthony Weiner can’t tell the difference between 1938 Germany and 2013 New York City, how on earth can we trust him to keep the city safe?” he added.

State Senator Simcha Felder, who represents the Orthodox communities in South Brooklyn, slammed Weiner’s remarks, according to the Post.

“His comments were shocking and disgraceful . . . [and] he should apologize,” Felder declared. “Anyone who uses the Holocaust frivolously diminishes the tragedy that occurred. Weiner clearly stepped over the line.”

Former State Senator David Storobin, and the leading candidate for the 48th City Council District in Brooklyn, joined Senator Simcha Felder in condemning the remarks by Anthony Weiner that compared stop-and-frisk to the Holocaust. “Not everything in life is an equivalent of the Holocaust and the constant comparisons of every event, from trials to laws, to the Shoah is insane,” said Mr. Storobin in a statement. “This is the election season and politicians are trying to score political points by making the most bombastic statements to show that they really care, as a way to get the voters on their side. But there should be some things that shouldn’t be politicized, and I would hope the Holocaust is one of them. Whether you support any given policy or oppose it, your first comparison shouldn’t be the most extreme catastrophe in the world. It only makes all of us running for office look like slime who will say and do anything just to win an election.”

From his part, Mr. Weiner’s campaign yesterday sought to clarify the explosive comments.

“The context of the reference was the argument made by some that stopping innocent citizens was an acceptable cost for public safety,” said Weiner spokeswoman Barbara Morgan. “He clearly was not equating 1938 Nazi Germany to New York City.” 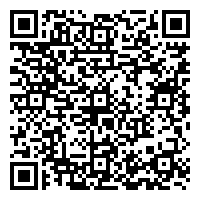