An Uzbek couple has confessed to the murders of Jak Karako and his wife, Georgia Karako, owners of Turkey’s upscale yarn manufacturing firm Ören Bayan.

The bodies of the Turkish Jewish couple were found by Istanbul police in their apartment in the Ortaköy neighborhood on Friday.

The suspects, ages 28 and 26, were identified only by their initials in the Todays Zaman newspaper due to legal restraints. The suspects, who were caregivers working for the family, allegedly confessed to the murders under interrogation that they killed their employers in a fit of temper.

Police arrested them at their own apartment, according to the report. Both allegedly confessed that they killed the Karakos because the victims withheld wages in compensation for items the caregivers had broken in the home, and they were angry they had received no money for two months.

A judge at the Istanbul Courthouse handed down a decision to arrest them following their confession. 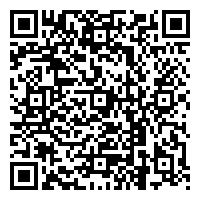