An American Jewish man was arrested on the Temple Mount on Sunday morning after it was noticed that he was quietly murmuring a prayer, according to a TPS report. At this time it is unknown if the arrested man is an Israeli citizen or a tourist.

A second Jew was warned by the Israeli police that he would be arrested if he didn’t stop looking at the Siddur app on his cellphone. He was not arrested as he wasn’t yet praying at that point.


Prime Minister Netanyahu can relax, his status quo has been upheld. 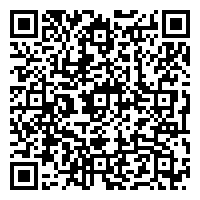