(JNi.media) Secretary of State John Kerry on Saturday said that Israel and Jordan have agreed to take steps to reduce tensions on the Temple Mount. Among other things, Prime Minister Benjamin Netanyahu has agreed to a proposal made by King Abdullah II of Jordan, to place surveillance cameras to document what is happening in the compound around the clock. Netanyahu pledged to maintain the existing arrangements for visits at the holy site, which include permitting Jews to visit the Temple Mount but not to pray there. Netanyahu repeatedly acknowledged the special historical role of Jordan as guardian of the Holy sites.

However, as early as 1954, Israel has charged Jordan with the desecration of the ancient Jewish cemetery on the Mount of Olives, with thousands of tombstones smashed and used as building material, paving stones or for latrines in Arab Legion army camps. The Intercontinental Hotel was built on top of the cemetery and graves were demolished to make way for a highway to the hotel. According to CAMERA, as soon as it was captured by the Jordanian Legion, the Jewish Quarter of the Old City was destroyed and its residents expelled. Fifty-eight synagogues—some of them hundreds of years old—were destroyed, their contents looted and desecrated. Some Jewish religious sites were turned into chicken coops or animal stalls. The Western Wall was turned into a slum area.


However, in the spirit of letting bygones be bygones, Israel has agreed to meet soon with representatives of Jordan and the Waqf to discuss strengthening security on the Temple Mount. “All violence and incitement to violence must stop, and leaders must lead it,” Secretary Kerry declared. He made the remarks after meeting in Amman with King Abdullah, and earlier with PA Chairman Mahmoud Abbas. Abbas told reporters that the Palestinians have not lost hope.

Netanyahu is expected to issue a video announcement Saturday night and undertake to maintain the status quo on the Temple Mount.

MK Yinon Magal (Bayit Yehudi) said in response, “I appreciate the efforts of the prime minister to calm the situation, but nothing will prevent Jews from eventually praying on the Temple Mount. Not even Waqf cameras.” 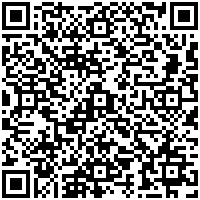