Ardently pro-Israel American politician Alan D. Clemmons, Republican Representative in the South Carolina House of Representatives, was in Israel last week.  He was there with a number of Texas state legislators whom he is helping draft and work on passing anti-BDS legislation, just as he did in South Carolina.

Clemmons took time out of his trip to meet in Gush Etzion with American and Israeli leaders to discuss work he and others are currently doing to support the state of Israel and to find areas of future collaborations.

Clemmons was brought to Gush Etzion by the Yes! Israel Project for an event at the home of Project leader Ruth Jaffe Lieberman.

In addition to his recent work promoting anti-BDS legislation in state legislatures throughout the United States, the South Carolina legislator was instrumental in crafting the intensely pro-Israel plank for the Republican party’s platform last summer. Clemmons had tried to get similar language included in the 2012 platform but had not been successful.

The language of the plank which Clemmons helped to craft compares Israel’s vision to that of America’s, rejects dictating terms of any peace agreement by those not living in the region and calls for the termination of funding for any entity which attempts to do so. Clemmons introduced the language and shepherded it through the subcommittee and then the full committee. When the language was formally approved, the members present rose to give it a standing ovation.

Clemmons also introduced legislation into the South Carolina legislature to allow its states drivers to purchase special license plates emblazoned with the message: “South Carolina Stands With Israel,” and which contains entwined flags of South Carolina and Israel. That legislation was enacted in 2011.

Although not a member of President-Elect Trump’s transition team, Clemmons is well-connected and spoke plainly to those present about the rosy future he sees for Israel during the Trump administration.

The last many years of living under the thumb of the State Department mentality which treated peaceful Israelis and recalcitrant Arabs as equally culpable was over. During the Trump administration, Israel’s view about itself and its own sovereignty will be what sets the agenda.

Also present at the gathering was Caroline Glick, author, journalist and analyst. Glick also spoke expansively and enthusiastically about the incoming Trump administration.

The president-elect is an iconoclast, according to Glick, and she means that in the best possible way. Boldly tearing up old, dysfunctional plans and replacing them with exciting, untried new ones is a mark of leadership Glick respects, nowhere more so than with Trump’s Israel outlook. Glick elaborated on what she told the group in an article she published the next day.

Clemmons  also gave a pep talk about the importance of American, Israeli, and European Jews to “stand up and speak up!”

Clemmons told Avi Abelow of Yes! Israel that Jews need to “speak words of truth to push back on the lies of the world.” He continued: “There is a lie of ‘Occupation’ being taught in universities across the nation, and across the world.”  It is Clemmons’ hope that Jews will “push back on those lies of occupation and replace them with the truth regarding Israel.” He concluded: “Israel is not an occupier of anyone’s land other than the land that God gave to Israel, as eternally hers.”

Abelow understood that Clemmons was saying to Jews that Christian supporters of Israel are eager and waiting for Jews to stand up for Israel so that, together, they can extinguish the malevolent efforts against the Jewish State.

Other important olim present at the event included Nadia Matar of Women in Green along with several board members, the media personality and activist Josh Hasten, and Marc Zell, co-chair of Republicans Overseas Israel. 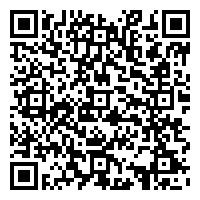