Folks in Kansas almost had a regular “support Gaza” Hamas event in their midst a week ago. It took an alert American Congressman to wake them up and stop it from happening.

A moderate Muslim has now pulled the affair into the national spotlight to make sure such an event doesn’t stay in the shadows where it can happen again, and place it in the right perspective.


Dr. M. Zuhdi Jasser, head of the American Islamic Forum for Democracy (AIFD), told the National Review this week that protesting a pro-Hamas speaker is not “Islamophobic.”

Jasser gave both “thumbs up” to U.S. Representative Mike Pompeo for pressuring the Islamic Society of Wichita, Kansas last week to cancel their special guest, a speaker with Hamas credentials.

Self-declared Hamas supporter Sheikh Monzer Taleb was all set to be the scheduled keynote speaker for the Society’s fund raising event last Friday. (In 2008, Taleb was named an “unindicted co-conspirator” in the U.S. Holy Land Foundation terror financing case. The leaders of the Foundation were found guilty on all 108 counts.)

Jasser noted the Islamic Society only cancelled the event after Congressman Pompeo expressed “serious concern,” and in response to community pressure. An Islamic moderate who served in the U.S. Navy as a Lieutenant Commander, he has little patience for such antics. In its mission statement, AIFD advocates “for the preservation of the founding principles of the United States Constitution, liberty and freedom, through the separation of mosque and state.”

Meanwhile, the Islamic Society of Wichita is whining that the citizens of Kansas are “Islamophobic,” rather than taking responsibility for helping a Hamas fund-raiser support a terrorist organization.

As a Muslim, Jasser pointed out “There is nothing more American, more pro-Islam, and more pro-Muslim than taking a stand against the extremist and anti-Semitic hate spewed by Islamist individuals like Sheikh Taleb.

“In fact, this tough love is what every Muslim community needs to pursue on its own, long before their elected representative have to intervene.”

Jasser is also the co-founder of the Muslim Reform Movement and author of A Battle for the Soul of Islam. A few more like him and the U.S. might not have to worry nearly as much about the sleeper cells in its midst. 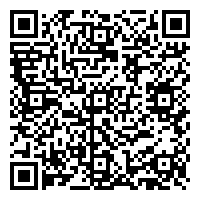